The political commentator wants to become Pennsylvania's first female senator. But she first must prevail in the May 17 primary election 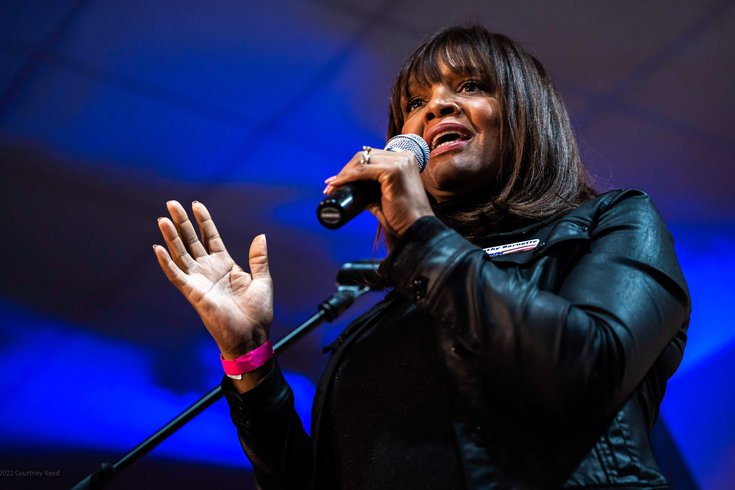 Pennsylvania has never elected a woman to the U.S. Senate.

That could change this year if voters back Republican candidate Kathy Barnette in her bid to succeed Sen. Pat Toomey, who is not seeking re-election.

Barnette, 50, is one of two women in a crowded field of candidates seeking to win the GOP nomination in Tuesday's primary election. Carla Sands is the other.

If elected to the Senate, Barnette also would become the first Black Republican woman to serve in there. She's pledged to serve no more than two terms if elected.

Barnette served for 10 years in the U.S. Army Reserves and previously worked for financial firms and as an associate professor of corporate finance. She also has worked as a conservative political commentator.

The Huntingdon Valley, Montgomery County resident gained attention when she authored "Nothing to Lose, Everything to Gain: Being Black and Conservative in America." In the book, Barnette argues Democratic policies have failed the Black community, and that a progressive agenda will hurt the country as a whole.

Barnette has said that every decision she makes will be for the good of the family, describing it as the "nucleus of our society."

Barnette also has said the U.S. needs "strong, authentic Republican voices to stand up and defend the U.S. Constitution and the rights we hold dear."

Barnette has been a staunch advocate of the conspiracy theory that the 2020 presidential election was stolen from former President Donald Trump. Her notable endorsements include Gen. Michael Flynn and Pennsylvania state Sen. Doug Mastriano, who also have peddled baseless voter fraud claims.

During her campaign, Barnette has taken particular aim at David McCormick and Mehmet Oz, calling them carpetbaggers for moving to Pennsylvania for political gain and accusing them of trying to buy the election with their deep pockets. She's also labeled Oz a liberal for previously working with Democrats.

Barnette ran two years ago for Pennsylvania's Fourth Congressional District, which includes most of Montgomery County and a sliver of Berks County, but lost to Rep. Madeleine Dean.