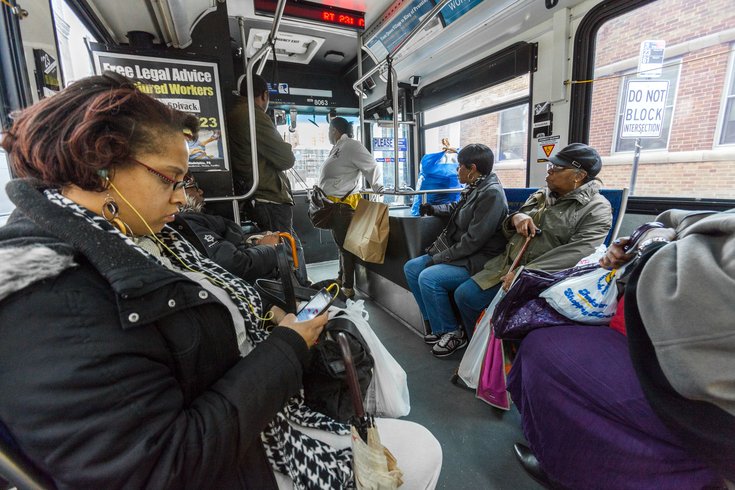 Just north of Center City, the 23 begins to get much more crowded and the demographics of the riders begin to shift.

The SEPTA board is expected to approve a resolution Thursday afternoon to ban controversial advertisements on buses.

In an effort to "retain strict control over the nature of all new advertisements accepted for posting," SEPTA has proposed a second amendment to its contract with Titan Outdoor, LLC.

Under the amendment, certain advertising would be prohibited, specifically that which is political or religious in nature. Ads "that are intended to be disparaging, disreputable or disrespectful to any persons, groups, businesses or organizations" would be among those banned.

Ads regarding tobacco and guns would also be prohibited.

The bill would also require advertisers to pay legal expenses caused by reactions to an advertisement.

In March, a federal court ruling required the regional transit authority to run advertisements displaying anti-Muslim messages. The advertisements, worth a total of $30,000, ran on the side panel of 84 SEPTA buses.

The board is expected to meet at 3 p.m.