STIs still on the rise in the U.S. and the reasons why aren't completely clear

More than 2.5 million cases of chlamydia, gonorrhea and syphilis were reported to the CDC in 2019 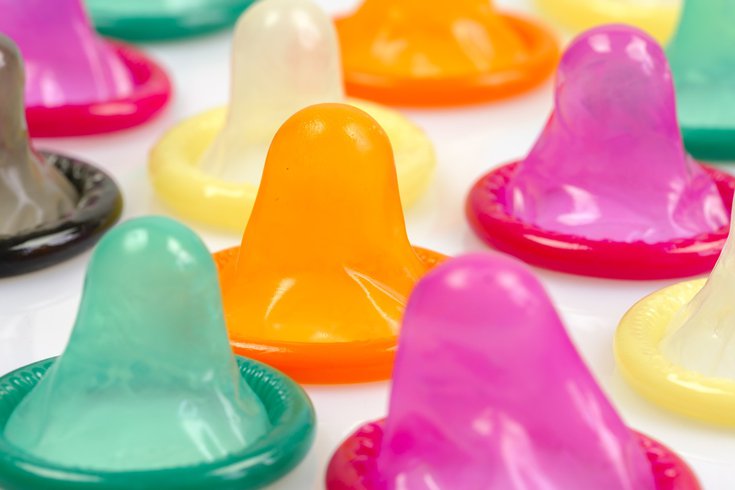 Less condom use and reductions in sexually transmitted disease prevention and treatment programs may be contributing to the continuing rise in cases, experts say.

For the sixth consecutive year, the U.S. Centers for Disease Control and Prevention reports that the cases of sexually transmitted infections continue to climb after years of record low numbers.

In 2019, there were more than 2.5 million cases of chlamydia, gonorrhea and syphilis treated in the United States, according to the agency's 2019 STD Surveillance Report. This figure represents an almost 30% spike from the number of cases reported in 2015.

The largest jump, and perhaps most concerning, was the uptick in cases of congenital syphilis — when newborns are infected while in the womb. Those rates in 2019 were nearly four times higher than they were in 2015.

Early 2020 data suggests that disruptions to STI testing and treatment services during the COVID-19 pandemic will most likely contribute to these concerning numbers and have a major impact on public health.

"Less than 20 years ago, gonorrhea rates in the U.S. were at historic lows, syphilis was close to elimination, and advances in chlamydia diagnostics made it easier to detect infections," said Raul Romaguera, acting director for CDC’s Division of STD Prevention.

"That progress has since unraveled, and our STD defenses are down. We must prioritize and focus our efforts to regain this lost ground and control the spread of STDs."

While the reasons behind this concerning upward trend in STIs aren't completely understood, the CDC says that reductions in screening, treatment and prevention have played a role. Even before COVID-19, reductions in clinic hours, contact tracing and screening were leaving more Americans vulnerable to sexually transmitted infections.

And now during the pandemic, when many STD program staff at both the state and local level have been diverted from their duties to help with the COVID-19 response, more delays to the already-stretched services are likely.

A January survey found that as of the beginning of the year, one-third of state and local STD program staff were still assisting with COVID-19 response efforts and many were reporting burnout as they tried to juggle both roles.

According to a recent report by the National Academy of Sciences, Engineering, and Medicine, the "COVID-19 pandemic has exposed weaknesses in public health preparedness due to weak infrastructure, an under-capacitated and under-resourced workforce and limited surge capacity."

In a 2019 interview with CNN, Elizabeth Torrone, a CDC epidemiologist said that another one of the drivers of the rising rates could be the decreased use in condoms. The use of condoms among sexually active high school students decreased from 62.8% to 53.8% between 2005 and 2017.

Earlier reports have also suggested that while Americans are having less overall sex, the sex being engaged is riskier.

The burden of STDs increased overall and across many groups in 2019. But it continued to hit racial and ethnic minority groups, gay and bisexual men, and youths the hardest, highlighting disparities in the burden of these diseases.

Gay and bisexual men that year made up almost half of all syphilis cases, and they had a 42 times higher rate of gonorrhea infection than heterosexual men in some areas of the country.

Also of concern is the rising number of sexually transmitted infections in youths, the CDC says. Young people aged 15 to 24 years make up 61% of the chlamydia and 42% of the gonorrhea cases in 2019.

"Focusing on hard-hit populations is critical to reducing disparities," said Jo Valentine, associate director of the Office of Health Equity in CDC’s Division of STD Prevention.

"To effectively reduce these disparities, the social, cultural and economic conditions that make it more difficult for some populations to stay healthy must be addressed. These include poverty, unstable housing, drug use, lack of medical insurance or regular medical provider and high burden of STDs in some communities."

The CDC says that express clinics with walk-in testing and treatment services, partnerships with pharmacies and retail health clinics and more access to telehealth services could help improve access during the pandemic and beyond.