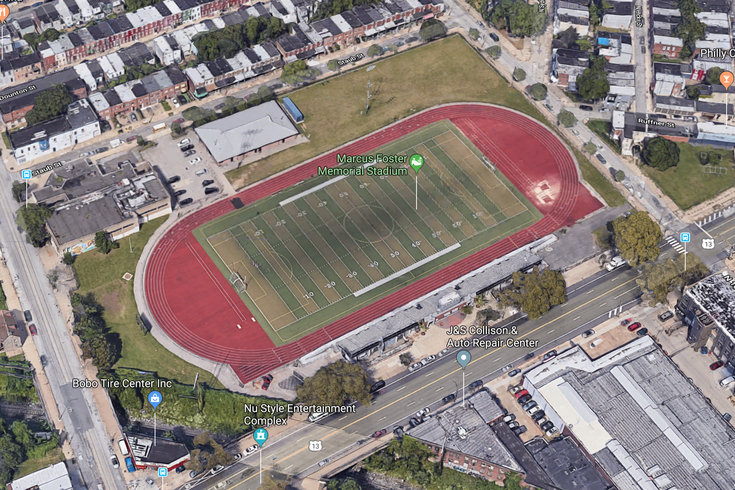 A view of Marcus Foster Memorial Stadium in Nicetown. Two teenagers were shot at a Simon Gratz High School football game at the stadium.

Two teenagers were shot Friday evening at Simon Gratz High School in Nicetown during a high school football game, according to Philadelphia police.

Officers responded just after 7:30 p.m. to reports of shots fired near the stadium, according to 6ABC. Police found bullet casings outside the stadium.

No arrests have been made, according to police, and no weapons have been recovered.

The shooting comes less than two days after two Chester High School students were shot near the school in Delaware County.