Short on cash? You can pay for Manayunk condo in Bitcoin 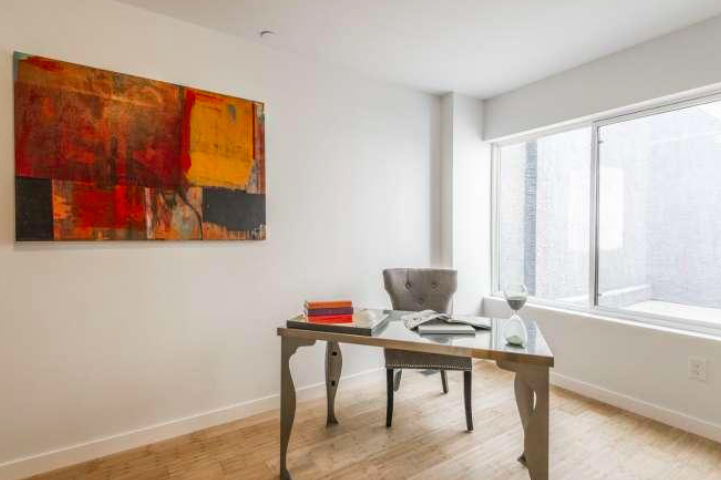 Hoping to attract tech entrepreneurs who want to start a business in their home, the seller behind this Manayunk condo is willing to accept Bitcoin.

Savvy realtors dealing with international buyers are used to making real estate deals in yen, yuan or euros. For the first time in the city's history, however, one realtor is accepting a new currency: Bitcoin.

The Keller Williams real estate agency is offering a three-level condo in Manayunk for either $365,000 dollars or the equivalent in Bitcoin, a digital currency that's a perennial hot topic with techies.

"It's a viable currency so why not?" said realtor Susanna Kunkel, pointing out that Bitcoin has been used for luxury purchases in California. She doesn't think the cryptocurrency will necessarily become "mainstream," but she sees no reason why it can't be "a viable segment of our real estate market."

The goal is to entice a tech-oriented entrepreneur who wants to create a home-based business. The condo has parking, both bedrooms and flexible office space that could be perfect for a small start-up.

"Philadelphia is an exciting place with technology startups, but a lot of people in that market segment are having to do some creative things with shared office space," Kunkel said. 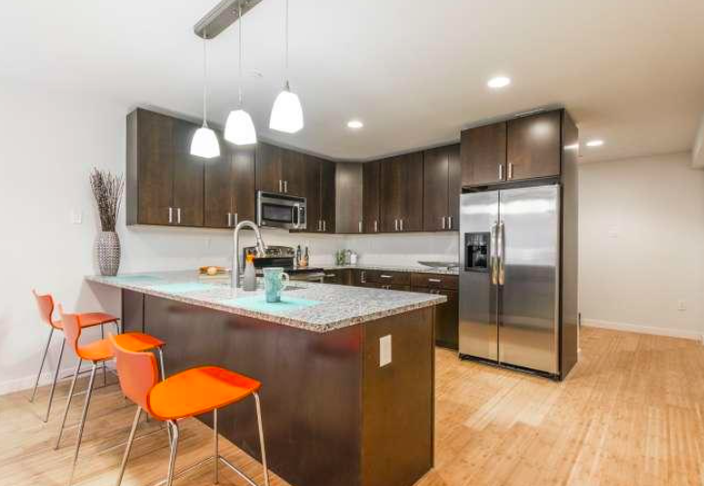 This three-story home and office in Manayunk is the first condo to be offered for bitcoins in Philadelphia history.

While University City and Old City are the current hot neighborhoods for tech companies in Philly, Manayunk has plenty to offer as well, Kunkel said: "It's a hip area that could be a fun place for creative technology workers to get their work off the ground and also benefit from home ownership."

Bitcoin is a "cryptocurrency," which means that the flow of money is controlled by encryption technology instead of humans. Philadelphia Brewing Company was the first U.S. brewery to accept Bitcoin, back in January 2014, and Street Glitter Gallery in Fishtown was the first brick-and-mortar store in Philly to accept it.

The idea behind cryptocurrencies is that they take power out of the hands of potentially corrupt governments and central banks, relying instead on rational, mathematical algorithms. However, technical limitations and factional squabbles have made many observers skeptical of bitcoin; one website has even kept a running tally of all the times someone has declared in the media that the project is dead or doomed to fail (total so far: 89 times since 2010).

Moreover, the exchange rate between Bitcoin and the U.S. dollar can fluctuate wildly — in fact, it's already gone down since Kunkel made her announcement on Wednesday.

Prominent Bitcoin developer Mike Hearn wrote in a blog post on Thursday that he was giving up on the project, calling it a failure. The exchange rate promptly plummeted from around $430 per Bitcoin on Thursday to $380 on Monday, according to CoinDesk, which made Kunkel's original asking price of 795 bitcoins for the condo outdated.

In response, Kunkel noted that the buyer can stipulate protective language in the contract that will allow them to walk away from the deal if there's some kind of crisis that wildly devalues Bitcoin. Taxes will be paid in dollars, to avoid legal issues. Fluctuating exchange rates can even work in the buyer's favor, as with any real estate purchase involving foreign coin.

"I didn't go public with the idea until I was confident that we could go through with the sale. ... It took some creativity on all parts but it definitely is doable," she said.