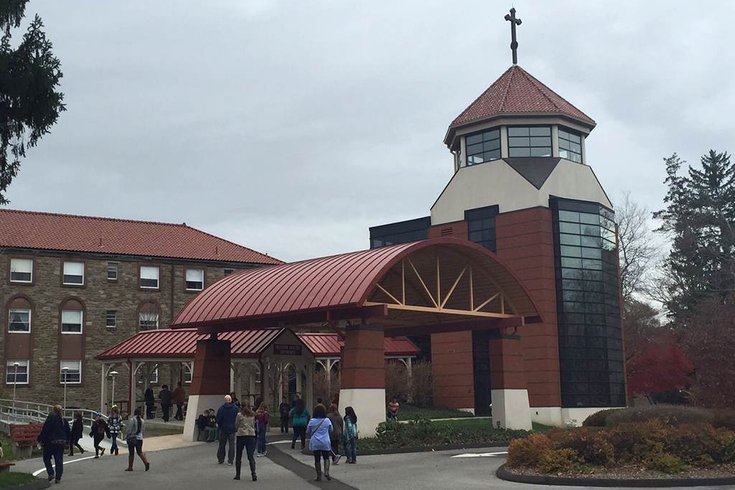 The Sisters of the Blessed Sacrament Mission Center in Bensalem, Bucks County opened in 2003, three years after their founder, Mother Katharine Drexel, was granted sainthood by Pope John Paul II.

As they prepare to celebrate their 125th anniversary, the Sisters of the Blessed Sacrament announced Tuesday they would sell the Bensalem, Bucks County property that houses the National Shrine of St. Katherine Drexel. 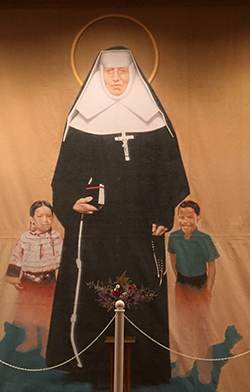 A tapestry of Mother Katharine Drexel hangs in the main chapel at the Sisters of the Blessed Sacrament Motherhouse.

The 44-acre site, which was purchased by Mother Katherine Drexel to locate the Motherhouse for the religious order she founded in 1891, is one of the Sisters' largest properties. The order is also selling more than 2,200 acres in Powhatan, Virginia.

“We know the time is right to make this decision," said Sister Donna Breslin, SBS, president of the Sisters of the Blessed Sacrament, in a statement.

Mother Katharine Drexel, the second child of Philadelphia investment banker Francis Anthony Drexel, and niece of the founder of Drexel University, was beatified in 1988 and canonized in 2000 by John Paul II. Her feast day is observed on March 3.

The shrine, located in the lower chapel of the main church on the campus, will remain open to visitors through 2017. The remains of St. Katharine Drexel will move to the Cathedral Basilica of Ss. Peter and Paul in Center City, and placed near the altar already honoring her. She is the second American-born person ever to be canonized.

“As we prepare to celebrate in July the 125th anniversary of our Catholic religious order, we rededicate our resources to our mission serving some of the most vulnerable people in the United States, Haiti and Jamaica, Breslin said in the statement. "We also will use proceeds from the sales to challenge, in new ways, all forms of racism as well as the other deeply rooted injustices in the world. A portion of the proceeds will support the care of our retired Sisters.”

The Sisters have hired a firm experienced in planning and assisting women religious congregations to address their senior living needs. New residences will be found for the Sisters living at the Motherhouse, and administrative offices also will move to another location. 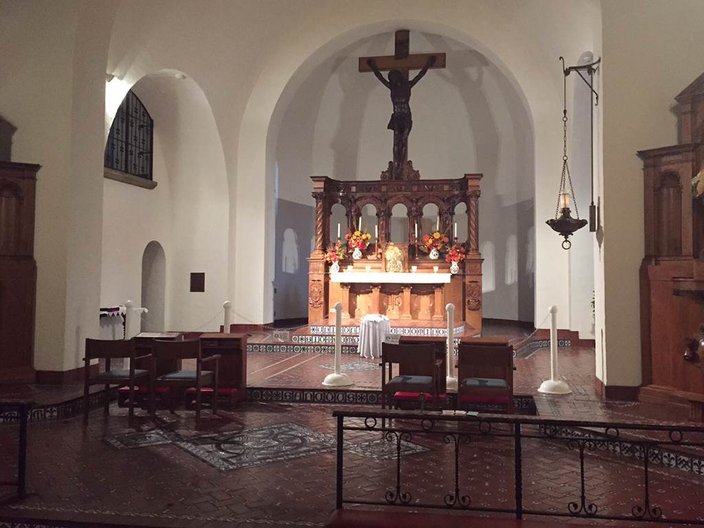 The altar of the beautiful main chapel on the campus of the Sisters of the Blessed Sacrament. The National Shrine of St. Katharine Drexel is located below in the lower chapel.

A small cemetery on the property includes the grave sites of dozens of Sisters of the Blessed Sacrament.

The order is entrusting much of its archives to the care of the Archdiocese of Philadelphia "because Mother Katharine Drexel and her family played such a central role in supporting the Catholic Church in Philadelphia," the statement said.

The congregation has retained Plante Moran REIA of Michigan as its exclusive real estate asset investment adviser to manage the sale of both properties.

A two-day "Celebration of Gratitude" event is scheduled for July 9 and 10 at the Motherhouse Grounds. It will be open to the public.