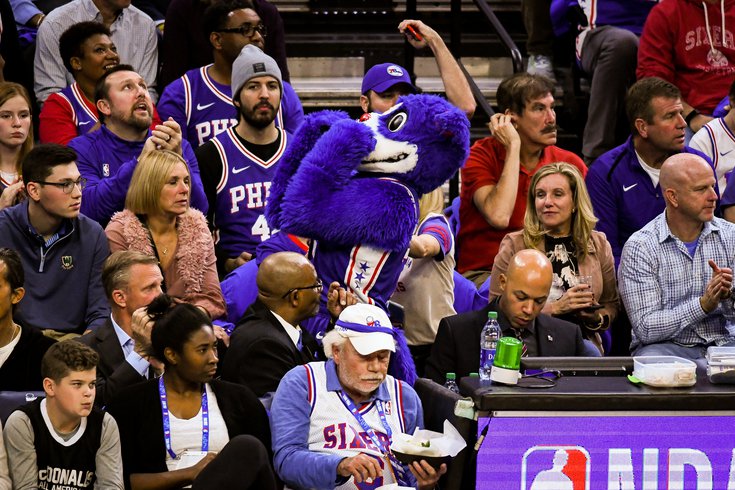 Franklin during the Philadelphia 76ers game against the Boston Celtics at the Wells Fargo Center in Philadelphia on October 23, 2019. (Kate Frese/PhillyVoice)

The Sixers are returning to 100 percent capacity for home games as early as June 2nd with approval from the city, the team revealed in a statement on Friday afternoon.

In a statement attributed to Sixers President Chris Heck, the team thanked Philadelphia Mayor Jim Kenney and city officials for their help in making this possible:

We would like to extend our gratitude to Mayor Kenney and the Philadelphia Department of Health for the work they’ve done to safely increase capacity to 100-percent for all businesses, effective June 2. There is no better time to welcome home our passionate and loyal fans than right now, in the midst of what we hope will be a historic playoff run. Our fans provide a home court advantage that is both unmatched and necessary as we work to bring an NBA championship to Philadelphia. We also want to thank our partners at Comcast Spectacor for their hard work and resilience through the obstacles and challenges the pandemic has presented to our industry over the last year. We encourage everyone to get vaccinated and will continue to use our platform to educate and assist our community.

With a previous target date from the city of 100% capacity starting on June 11th, the announcement appears to suggest the city is ahead of schedule to provide a safe environment to watch the No. 1 seeded Sixers. As of 11 a.m. on Friday, Pennsylvania Governor Tom Wolf said that over 70 percent of all Pennsylvanians 18-or-older have received at least one vaccine dose, and 53.1 percent of the same demographic are already fully vaccinated. Health department data for the city of Philadelphia suggests nearly 900,000 people have received at least one dose of the vaccine, and around 687,000 people are already full vaccinated.

A June 2nd return to 100 percent capacity means the Sixers could fill the Wells Fargo Center as early as Game 5 against the Washington Wizards, though that game may not be necessary if the Sixers are able to close out the series with a sweep over the next two games in Washington. Regardless, they will be thrilled to return home to a full arena, with Doc Rivers remarking after Sunday's Game 1 that it already felt like the building was filled beyond capacity based on the noise levels.

"I can’t believe that was 10,000 or 11,000 [people]," Rivers said following their Game 1 victory. "There’s no way. I think we’re counting like the Republicans, you know? It felt like 30,000 people in the stands. They were amazing. Let’s keep it going. It’s so nice to have that at home. We got down early in the second quarter and beginning of third and they never wavered. That gives a team energy. I don’t think people understand how important that is.”