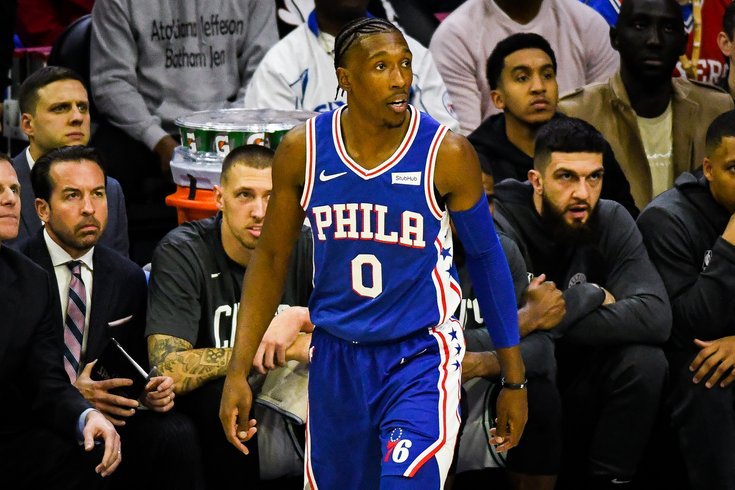 An MRI revealed that Josh Richardson has a slight strain of the left hamstring and he’s expected to be re-evaluated in two-to-three weeks, a team spokesman confirmed to PhillyVoice. Shams Charania of The Athletic was the first to report the news.

While “slight strain” is better than many would have thought after watching Richardson pull up lame in Toronto on Wednesday night, this represents a huge loss for Philadelphia, who can hardly afford to lose one of their key cogs at this stage of the year.

The conservative end of that timeline takes Richardson out until after the conclusion of the All-Star break, a time period in which the Sixers have 9 games, including meetings with the Lakers, Bucks, Clippers, Celtics, Heat, and the surging Memphis Grizzlies. With Joel Embiid’s availability still a question mark moving forward, the Sixers will be tasked with getting through a brutal stretch of the schedule down at least one, perhaps two starters, without derailing any realistic chance at a top seed in the East.

There are two immediate questions that emerge with Richardson gone — what will they do to replace him, and how do their priorities shift for the rest of the regular season?

Brett Brown’s preseason goal of the No. 1 seed has been out the window for a while now with the way the Bucks are playing, but now the Sixers are basically drawing dead in the fight for the No. 2 seed, absent major injuries or collapses from the teams ahead of them. They are fortunate to have this happen before the trade deadline, as it gives them a chance to bring in reinforcements to buy time for their missing starters, though that’s not the cure all you may believe it is. Teams will know how desperate the Sixers are for help, and a fair deal likely won’t be there for them.

On that front, the Sixers would not comment on whether or not Richardson's injury would change their deadline plans or desires at all.

In any case, Richardson has a hard set of skills to replace. He’s a high-level defender on-ball, can run the offense for stretches as a pick-and-roll handler, knock down open threes, and do just enough to paper over the cracks of Philadelphia's foundation. Guys like Richardson are hard to find at any time, let alone at the trade deadline, and realistically the Sixers are going to be looking for someone to fill just one, maybe two of those skills if we are being optimistic.

Internally, the replacements come with warts. The Sixers will have to lean more heavily on bench contributors/pseudo starters like Matisse Thybulle and Furkan Korkmaz, both of whom have been pleasant surprises but have their limitations in expanded roles. More importantly, someone will have to step in with bench production behind them, whether that means the return of Trey Burke, an opportunity for Shake Milton, or leaning into funky lineups with Ben Simmons at center.

The line of thinking fans will not want to think about but may be necessary — do the Sixers need to start protecting the health of the remaining rotation players to ensure this season doesn't go completely off of the rails? Ben Simmons has quietly piled up minutes this season and deserves credit for being a do-it-all workhorse, but this injury will put even more pressure on him to wear many hats for Philadelphia. The Sixers will need to be conscious of the wear-and-tear that could accumulate the more they lean on him with other options out. They need to keep an eye on what's best for the long-term while trying to win with a shorthanded roster, a situation they have handled poorly in the past.

(It has been discussed some this season, but the same goes for increasing the workload of Al Horford. Part of the beauty of bringing him in to spell Embiid is that Embiid could return the favor at times, and Horford sat at times early in the season exclusively for rest purposes. The more heavy lifting he has to do in the regular season, whether because of Embiid's absence or a need for productive players with injuries elsewhere, the worse off the Sixers are in the long run.)

There are no silver linings to this injury. It is a huge loss for Philly and one that will be tough for them to account for. Mired in the middle of a tough Eastern Conference playoff race, the next few weeks have the potential to put a bullet in their chances for a good playoff seed. In a worst-case scenario, a Sixers team that has struggled on the road all season may have to stare down the idea of not having homecourt in a single round of the playoffs.

That is, as they say, not great, Bob.