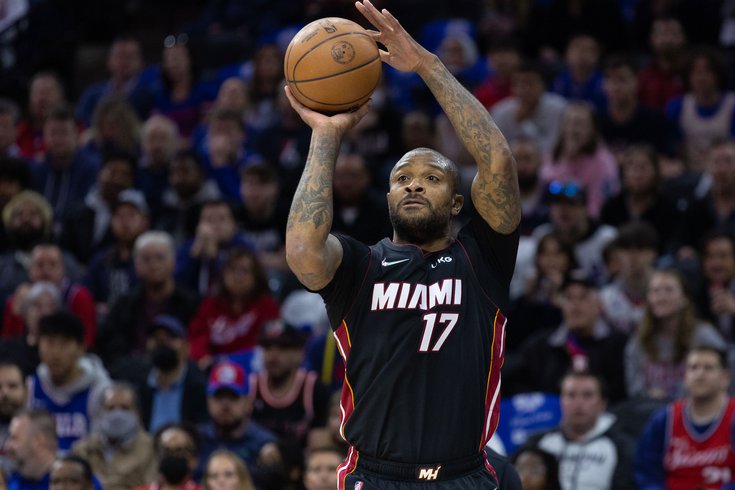 Sixers forward PJ Tucker underwent an arthroscopic procedure on his left knee recently, the team announced prior to media day on Monday, but is expected to be available for the team's training camp in Charleston that begins on Tuesday.

Daryl Morey said Tucker underwent the procedure (which he estimated took 10 minutes) during the "late summer," and as of now, there are no concerns about potential setbacks or Tucker missing time. A novel concept — a Sixers player getting work done early enough to avoid spending time on the shelf.

Tucker, the 37-year-old who signed a three-year deal with the Sixers during the summer, is a player many expected to be under close supervision so that the Sixers have him available when the games really matter next spring. To that end, Morey and head coach Doc Rivers noted that Tucker will continue to provide value to the team even when they need to have him rest and take care of his body.

"He's a guy that we're really looking forward to having in the fold, and we're going to keep him healthy all year," Rivers said Monday. "That's the goal."

"Our [medical] team will tell me more than I tell him, obviously my eyes will be the judge of it as well. He's important to us not just on the floor, but off of the floor. I think his leadership is definitely needed...not concerned with it, PJ will tell you every second he's not concerned with it. We'll do the right thing."

Based on conversations with people around the team this offseason — and Doc Rivers' own assertions to kick off media day — Tucker is going to play a critical, multi-faceted role for the Sixers in 2022-23. In addition to the minutes he's expected to play at forward, Tucker will be part of the plan at backup center behind Joel Embiid, one of several players who will factor into their gameplan when the MVP candidate is off of the floor.

For Rivers, Tucker's presence will help them move toward being a better, more competitive team when they don't have their full group of players available, which makes his long-term health even more critical to their success.

"This is the first year we don't have a seven-footer as a backup, we had Dwight [Howard] and [Andre Drummond], but we have a collection of guys with PJ, Paul Reed, and Montrezel Harrell that we feel very comfortable in that role" Rivers said Monday. "With PJ's age and Joel with his size, we want to make sure he's healthy, we want to do a better job in the games that some of those guys don't play. We want to win those games. With the collection, we feel very comfortable with what we have."