Are the Sixers screwed if NBA salary cap drops dramatically? 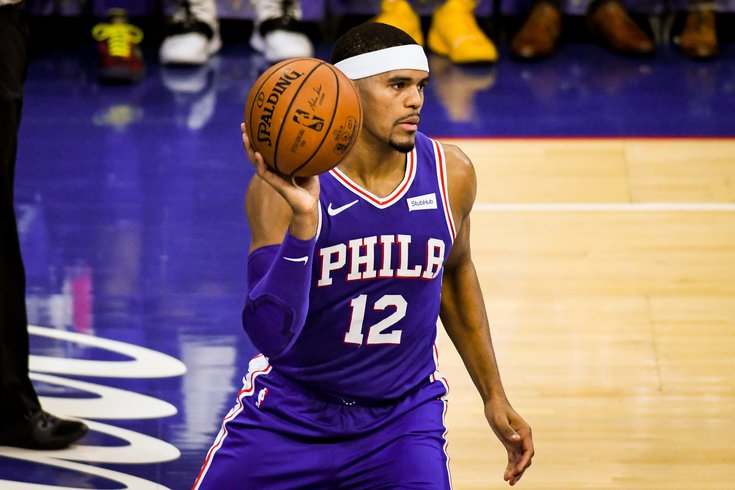 An unimaginable number of people are out of work and searching for answers because of the response to COVID-19, though the bottom line of multi-billion dollar corporations was not the first thing a lot of people thought of when they retreated to shelter and watched sports leagues around the world shut down. Since mid-March, the NBA has been fighting to find a middle ground between ensuring safety of their workforce (or at least the guise of safety) and beginning to generate revenue again.

As time passes, more people around the league have shown optimism that they will return at some point, discarding the idea of "if." Perhaps that's because the longer this drags on, the more everyone wonders what's going to happen to their pockets.

A report Monday from ESPN's Adrian Wojnarowski and Bobby Marks paints a bleak picture for a league whose best bet is to return without fans for the foreseeable future. According to that duo, Adam Silver laid it out clearly for NBA players in a call last Friday:

"This CBA was not built for an extended pandemic," Silver told the NBPA membership, according to audio obtained by ESPN. "There's not a mechanism in it that works to properly accept a cap when you've got so much uncertainty; when our revenue could be $10 billion or it could be $6 billion. Or less."

Silver told the players on Friday that expenditures by fans -- through gate receipts, concessions and other game-night receipts -- constitute approximately 40% of the league's revenue, according to audio of tape obtained by ESPN. The league would restart this season without fans in venues, and Silver held out the possibility on the call that it could also be possible for the start of the 2020-21 season. The NBA and NBPA share revenue on a 51-49 split of basketball-related income (BRI).  [ESPN]

Let's pause there for a second and just think about the NBA potentially losing more than $4 billion as a result of this crisis. That is, from what information is publicly available, a number larger than the total net worth of some of the league's owners. I can tell you this — rich people don't get and stay rich because they like to lose money.

Anyway, moving on to the practical impact of that sort of loss...

In worst-case scenarios, some small-market teams tell ESPN that they fear they could lose north of $20 million in revenue sharing next season. Those kinds of projections can greatly impact competitive balance and the kind of financial models that the NBA and NBPA would presumably try to avoid in these upcoming discussions.

For example, the CBA has a projected 2020-21 salary cap of $115 million, with a luxury tax threshold of $139 million. With the reality of lost revenues coming, some teams fear that cap and tax could fall as far as $25 million to $30 million. Without the league and union negotiating a new mechanism for the cap in the coming months, the league could be facing 25 of its 30 teams trapped in luxury tax payments based on projected payrolls -- something that would paralyze free agency and many organizations' ability to operate financially.  [ESPN]

To put that into perspective, the league went through what was viewed at the time as a major scandal when Daryl Morey got the league in hot water with China prior to the season starting. As a result of revenue lost from that fiasco, projections for the 2020-21 salary cap dropped from $117 million in the middle of last summer to a revised $115 million in January. A difference of two million dollars, while it doesn't sound like a lot, can be the difference between ducking tax thresholds or getting a deal over a line with a free agent.

A $30 million drop in the cap? That is a league-altering scenario, which is why the league and players are keeping their options open to terminate the current CBA later this year. But what does this future look like for the Sixers?

What happens to their contracts?

The numbers you tend to hear reported when you hear a player has signed an extension are not necessarily representative of what the deal will actually be worth. Let's use Ben Simmons' upcoming extension as an example of this phenomenon.

When he agreed to the extension last summer, his deal was billed as a five-year, $170 million max extension. For all intents and purposes, that was an honest depiction/estimate of the deal's worth at the time. It's more accurate, but more of a mouthful to say Simmons agreed to a five year, 25-percent-of-the-cap extension that kicks in beginning in the 2020-21 season.

Why does that distinction matter? Because the Sixers and Simmons agreed to terms on a percentage of the cap, rather than an exact dollar amount, and because that agreement was made based on the $117 million cap projection mentioned above. Simmons' deal would be worth considerably less (though still a small fortune) in the event the cap drops, but functionally the deal will work the same within Philadelphia's cap structure.

"Well Kyle," I can hear you saying, "if all deals are a percentage of the cap, then this doesn't seem like a concern. The rest of the team's deals will scale accordingly."

Unfortunately for Philadelphia, that is not the case. Salaries that were agreed to and on the books based on past salary cap numbers will not just scale down with the league cap (barring a dramatic rule change the players would never agree to). If a player signed a deal beginning in 2019-20, for example, the numbers that are on the books are what they are, and represent a much larger percentage of the cap should it drop.

If you think we have spent a lot of time talking about the contracts for Tobias Harris and Al Horford this season, imagine if Harris is making his scheduled $34.4 million next season in a league where the cap is $90 million, and the luxury tax number is somewhere in the neighborhood of $110 million. Harris' contract would go from an estimated 23.5 percent of the cap using last summer's projections to over 38 percent of the cap in this hypothetical.

Again, to reiterate, this is strictly a hypothetical estimate based on what is most likely a worst-case scenario. Still, the potential downside is hard to fathom for the Sixers.

So what impact does this actually have?

Even prior to the pandemic, the Sixers were going into next season with the expectation of being a tax-paying team. While I have been skeptical of their willingness to stick to that promise, Joshua Harris has said every time he's asked that the ownership group is willing to do what it takes financially to win, and we can't throw out his assertions before having any proof that they won't.

Important note for this chart — the tax rate for teams more than $20 million over the tax line increases by $0.50 for every $5 million.

Let's use a rounder and more conservative estimate for next year's salary cap than what was provided in Wojnarowski's article and say the cap settles at $100 million with the tax line around $120 million. Simmons' 25% max in this scenario would give him a starting salary of $25,000,000 in 2020-21. With just the salaries for this year's initial starting five and the other roster players with guaranteed money next year, you are already moving into troublesome waters.

With just nine rostered players (and some of them not particularly fit to contribute to a potential contender), the Sixers would be a shade under $20 million over our hypothetical tax line. Add in some obvious returns (Furkan Korkmaz, for example), a slotted salary for a first-round pick, and filler vets, and this could easily push over $150,000,000 when all is said and done.

That's all without considering the basketball implications of being that far over the cap. In this scenario, Horford and Harris' contracts aren't just problematic for the Sixers, they become even more troublesome for any team that might have been willing to acquire them. Moving players to form a more cohesive roster around Embiid and Simmons becomes even more difficult — the price to move bad money could go through the roof, and finding a willing taker in the first place might be a challenge in itself. With gate revenue out the window for an undetermined period, some owners may decide they're going to try to cut costs wherever possible, especially if they aren't confident they'll contend.

Will Sixers ownership end up in that latter group? If they do, there are moves beyond the biggest-money players that might be on the table that wouldn't be otherwise. Do you move Josh Richardson in advance of free agency, knowing an extension for what will likely be more money would push you even deeper into the tax? That's a legitimate question.

A cap drop will also send the Sixers over the "apron" line that restricts options for teams building out the roster. It would have been tough for Philadelphia to duck the apron next season in an ideal world, let alone this one, and there are notable penalties for being over the apron.

The upshot? The Sixers would still be an expensive, ill-fitting team, and external options to remedy that would dwindle.

Not necessarily! The doom and gloom in the above hypothetical rests on the idea that the league structure will not change in order to adapt around COVID-19. That seems unlikely, and both the league and its players have kept the door open to revising the CBA in order to figure out a path forward from here.

The Sixers planned around the idea of being a tax team, as have other would-be contenders, but teams with no interest or business paying the tax would be in a similar (if less extreme) boat. At the very least, a form of luxury tax relief seems like a no-brainer in this situation, as it seems strange to punish teams for failing to plan for a scenario that no one in the NBA has ever had to plan for.

A more interesting question is whether the league would be willing to bring back mechanisms from previous CBA agreements (or create new ones altogether) to address the situation. A return of the amnesty clause, which essentially gave teams a get out of jail free card for one contract of their choosing in 2010, has been a popular suggestion among fans, but there's no evidence it has been anything other than an internet talking point.

The lack of certainty looking into the future is the biggest problem. Can an agreement on a new way to set the cap hold up over multiple years, or will the league need to rely on a stopgap solution for a year and then revisit the issue? The latter seems more likely, which means teams will likely pass on most moves with long-term implications.

So no, perhaps the Sixers aren't screwed, at least any more than sports leagues are screwed in general. Everyone is going to be figuring this out on the fly. But they sure seem to have picked a hell of a time to try to win in the short term.