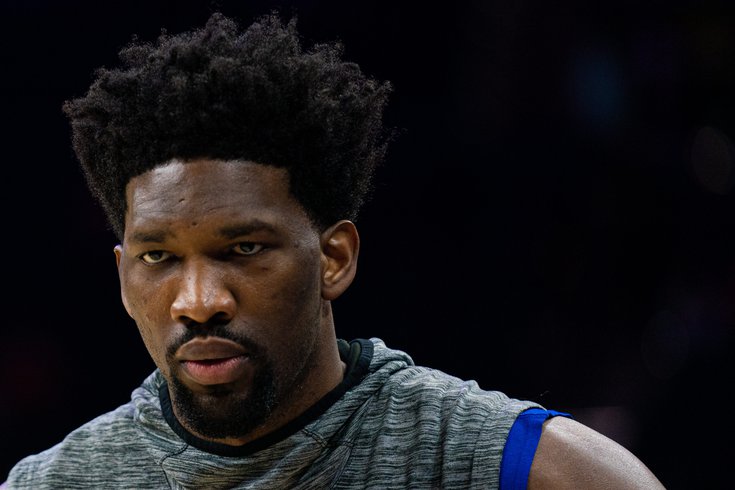 NBA on TNT analyst Charley Barkley says his criticism of Sixers star Joel Embiid is just part of his job. Barkley believes Embiid hates him for calling him lazy and out of shape.

Philadelphia 76ers stars Joel Embiid and Ben Simmons are easily two of the more highly criticized players in the NBA. It comes with the territory of being selected in the top three of your draft class to a team that tanked in order to get elite talent on the roster.

You could throw in Markelle Fultz, but his downfall in Philadelphia was so brutal that he's become a reclamation project in Orlando instead of a focal point of NBA discussion.

With the NBA season on hold due to the coronavirus crisis, you can bet the athletic conditioning of Embiid will be one of the first issues to crop up if the league is able to resume for a playoff bracket. Even earlier this week, during his first call with members of the media since the league was suspended, Sixers GM Elton Brand was asked about his big man's conditioning.

Throughout the first part of the season, an escalating spat between Embiid and Hall of Famer Charles Barkley became a routine facet of "NBA on TNT" broadcasts. Barkley and Shaquille O'Neil — the worse of the two, really — would tear Embiid apart for his inconsistent performances, ridicule his injuries and blast his chosen style of play.

It got bad enough that on Barkley's birthday, Embiid snarled out a post-game "Happy Birthday" that didn't bother to hide the resentment.

In an interview with ESPN published this week, Barkely opened up about his relationship with Embiid. He claims the Sixers star hates him because he's called him out for being out of shape.

It's possible that Barkley goes out of his way to say these things to Embiid because he was criticized for many of the same reasons during his time in the NBA.

Barkley compared the situation to his longstanding rift with Michael Jordan, who stopped talking to him after Barkley criticized the way Jordan ran the former Charlotte Bobcats franchise. Jordan now refuses to talk to Barkley.

While there's something to be said for motivating star players from a media perch, Embiid appeared distracted and often out of sync for much of the season — sometimes brilliant, sometimes floundering. It's doubtful that he actually "hates" Barkley, but being called soft after every rough outing must become grating for a player who's hard enough on himself to call his own play "trash" from time to time. It stings that much more when Embiid's boasting is equally magnified.

Sixers fans will have to hope that if the league restarts, Embiid shows he's been able to keep his body ready for a return to the court. The greater benefit of this break may prove to be that Embiid gets a chance to reset himself mentally and return with a focus that doesn't flicker as much.

RELATED: Where does the Charles Barkley trade land on our list of worst trades in Philly history?