Sixers trying (again) at a mascot

A brief history of the team's previous mascots 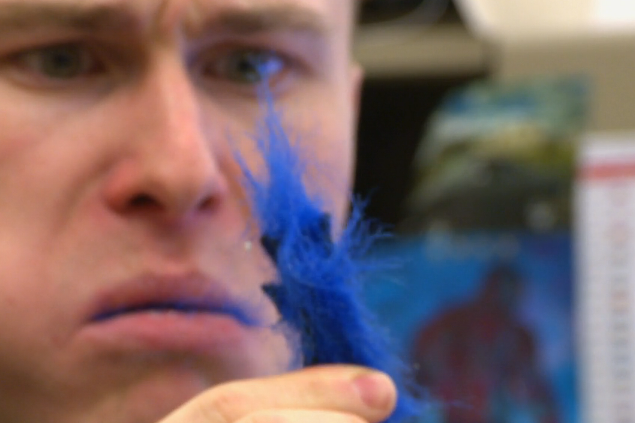 Something blue and furry is coming to the Wells Fargo Center.

If at first you don't succeed, try and try again.

The Sixers will unveil a new team mascot, and here's what is known so far:

The mascot has been designed 'by kids, for kids,' and a video released by the team confirms only that it will be blue and it will be hairy. The team will introduce the mascot to the public on February 10th at The Franklin Institute, but the video shows it has already assumed the role of Jim at the Sixers' offices, pulling juvenile pranks on his (or her?) coworkers. 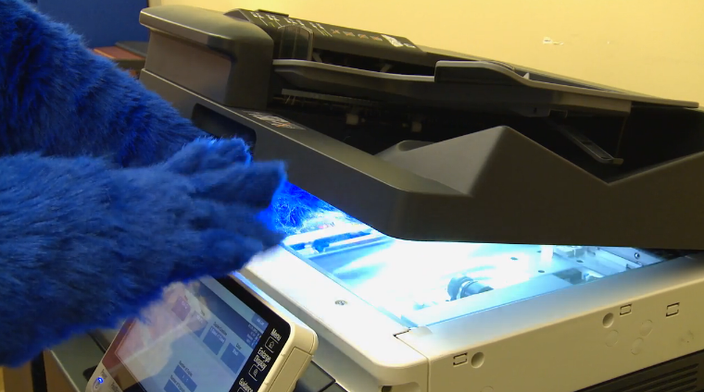 The Sixers assumedly don't want whatever this new creature is to join the ranks of its past mascots, all of whom have departed South Philly after their stints with the team. In anticipation of the newest inhabitant of the Wells Fargo Center, here's a brief anthology of previous Sixers' mascots: 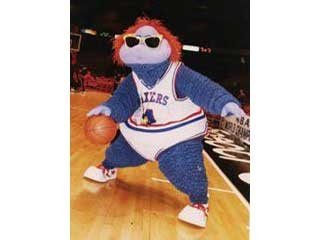 Representing the team until 1996, Big Shot was essentially a giant blue thing with a big belly, fiery orange hair and a pair of shades. Although it's been nearly 20 years since Big Shot was with the team, there has been a relatively recent push to bring the mascot back, even inspiring Kyle Scott of Crossing Broad to begin selling t-shirts donning the character. This forced former Sixers' CEO Adam Aaron to consider a return.

Been a surprising ground swell for Big Shot. Do you want Big Shot back... Yes or No? RT @alex_ep what up with bigshot? U bringing him back?

Considering the little information we have about the new mascot, the possibility of Big Shot making a return isn't out of the question (the new mascot, like Big Shot, has big furry blue arms). Which would be great, because the character was by all recorded accounts awesome: 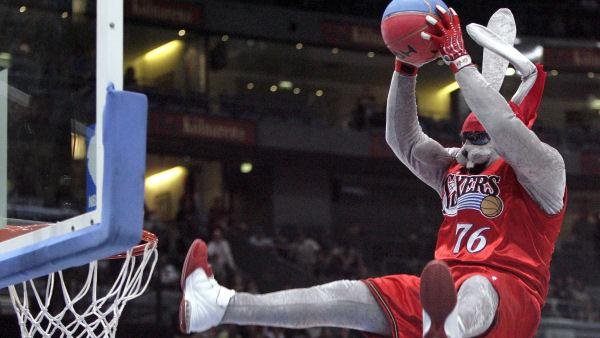 Most commonly associated with the Allen Iverson era, this jacked bunny's tenure was more stunt oriented than Big Shot's. Despite often being described as 'creepy,' Hip Hop was good at one thing: dunking.

Aaron claimed retiring Hip Hop in 2011 was an easy decision, as fan support for the acrobatic bunny was low. The original story coming from the team was that the rabbit went to start a family with another bunny he fell in love with. But as Dan McQuade of Philly Mag reported last year, the truth is that Hip Hop died. 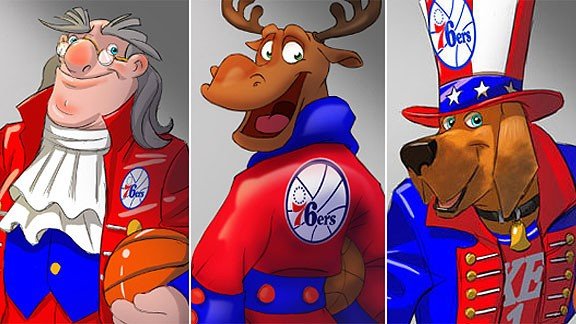 Following the departure of Hip Hop, there was some excitement when it was announced that Jim Henson's Creature Shop would be helping design the characters for his replacement. The product was three choices left to a fan vote, with only one having any obvious relation to Philly: a moose, a dog, and Ben Franklin.

However, a winner was never announced and none of them ever materialized at a game.

Do we really need a mascot when we have this guy?