Slumped Kitchen could be in violation of the state's Consumer Fraud Act, the New Jersey Attorney General's Office says 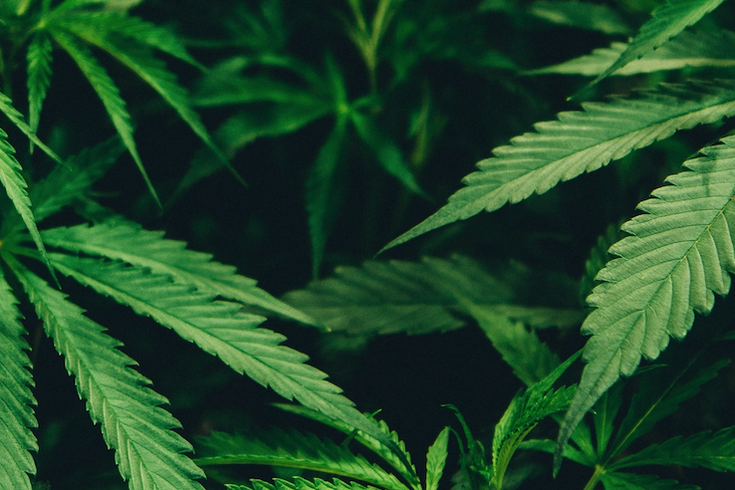 The scheme of 'gifting' marijuana products to customers alongside the purchase of a snack or baked goods at an expensive price has become popular in other states and Washington, D.C. due to a lack of licensed cannabis businesses.

The company was one of four businesses across the state that was issued a cease-and-desist letter earlier this week by Attorney General Gurbir Grewal and the Division of Consumer Affairs to stop offering free marijuana "gifts" to customers who purchased snacks, baked goods or other items.

The company, which describes itself as New Jersey's No. 1 cannabis gifting service, delivers sweets like brownies and cookies and "treeats" to customers across the state within 48 hours. Customers may receive a "gift" of up to one ounce of marijuana from a driver with each order.

Along with cookies and brownies, Slumped Kitchen also sells "snack packs" and "munchie packs" that start at $150, according to the state's cease-and-desist letter. Customers are required to select a 14-gram or 28-gram "gift" for every order that ultimately determines the final sales price.

Slumped Kitchen is now under investigation for violating the state's Consumer Fraud Act, which prohibits unauthorized business practices, misrepresentation and deception in the marketplace. The other three establishments, which are located in the central and northern parts of the state, are also under investigation for inaccurately claiming to offer free marijuana "gifts" along with the purchase of certain products at expensive prices.

Each misrepresentation in the sale or advertising of business constitutes a separate violation under the Consumer Fraud Act. First-time violators may be subject to a penalty of $10,000. Repeat offenders may have to pay $20,000 for each subsequent violation.

Grewal said that the warning letters were an effort by the state to "not permit these entities to undermine the regulated cannabis marketplace the Legislature created or to compete unfairly with properly licensed cannabis businesses.”

"In legalizing adult-use cannabis in New Jersey, the Legislature made it clear they were creating a regulated market with restrictions on how that market operates,” Grewal said. “Instead of waiting for those regulations to be established, some vendors have decided to move forward on their own, in ways that the law does not allow."

The scheme of "gifting" marijuana products to customers alongside the purchase of a snack or baked goods at an expensive price has become popular in other states and Washington, D.C. due to a lack of licensed cannabis businesses, according to NJ.com. Virginia outlawed the "gifting" loophole when the state passed its own marijuana law earlier this year.

However, the practice could be legal in New Jersey because the state's new cannabis laws allow for up to six ounces of marijuana possession and no more than one ounce of marijuana per sale without penalty.

But a business could have more than six ounces on hand to meet demand, thus leading to a violation. Any customer placing the order would not be charged unless they possessed more than what was legally permitted.

Gov. Phil Murphy signed three bills into law decriminalizing and legalizing adult-use recreational marijuana across the state in February. New Jersey is one of 17 states to decriminalize cannabis for adults ages 21 and over.

The legalization followed a lengthy back-and-forth in the state legislature for more than three months after roughly two-thirds of New Jersey residents voted in favor of the change on a ballot referendum in last November's election. The referendum succeeded after several legislative efforts failed over the past few years.

The law authorized adult-use cannabis sales by certain businesses licensed by the Cannabis Regulatory Commission. The CRC has not yet adopted rules for the licensing of adult-use cannabis retailers or issued any licenses to such businesses, including Slumped Kitchen. The commission has until Aug. 21 to establish rules and regulations for the industry before licensing for new cannabis businesses can begin.

The new marijuana legislation gave municipalities 180 days to reinstate their bans of cannabis sales at the local level before falling under the jurisdiction of the state law. Some municipalities across the state are prohibiting marijuana sales and cultivation in their towns, including Jersey Shore destinations like Margate, Wildwood Crest, Ocean City and Somers Point.

Margate officials voted unanimously on Thursday to ban all cannabis businesses and the use of marijuana products in public.

Last month, Wildwood Crest imposed its own restrictions on how marijuana can be distributed and used, prohibiting people from using cannabis products in public spaces, such as parks and recreational areas. Also, all marijuana establishments, distributors and delivery services are banned within the borough limits. The new rules took effect earlier this month.

Ocean City's ordinance was proposed in March and passed City Council unanimously in April. The new measure replaces an ordinance banning marijuana in Ocean City that had been passed in 2019. The original restriction became invalid after adult-use cannabis was legalized and decriminalized in New Jersey.