Looking to begin tracking your physical activity? Choose a smartphone over a wearable, Penn researcher says 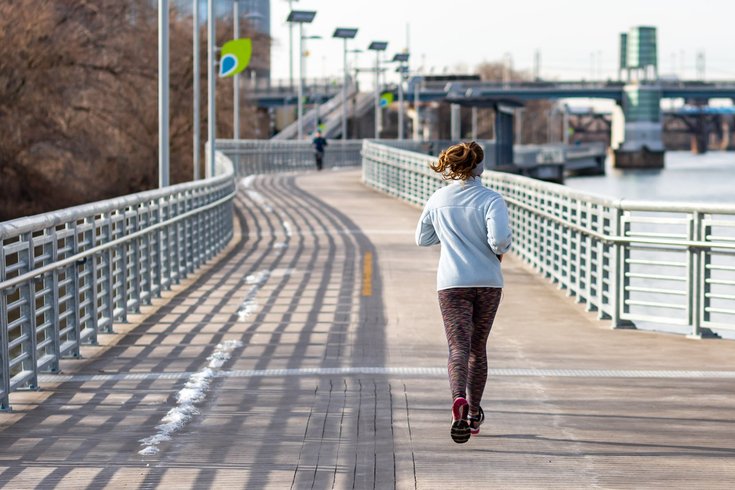 People who want to start tracking their physical activity should experiment with their smartphone before buying a wearable device, Penn Medicine Dr. Mitesh Patel says.

To anyone looking to begin tracking their physical activity: Hold off on purchasing a wearable device. Just go with a smartphone.

That's the advice of Dr. Mitesh Patel, director of Penn Medicine's Nudge Unit, a behavioral design team that examines the ways behavioral economics and psychology can be used to improve health care outcomes.

"If you're interested in tracking your own data, start with that," Patel said. "The apps to do it are free. You're already carrying it around. Spend a few weeks seeing the value you get out of it."

The findings of a study he conducted backs up his recommendation.

Penn researchers found that patients who used smartphones to track their daily step counts were 32% more likely to continue reporting them six months after being discharged from the hospital than those who used a wearable fitness tracker.

The study, published Friday in the journal JAMA Network Open, is part of Patel's ongoing research to determine whether smartphones and wearable devices can help doctors predict which patients will be readmitted to a hospital. But he said it also may offer some insight for people simply trying to log their own physical activity.

"People are so tied to their smartphones," Patel said. "I can't go anywhere without it now. It's got my calendar and contacts. I could leave my wallet at home but I can't leave my smartphone at home. I wouldn't know what to do. I think this study speaks to that."

That's why Patel suggests people initially track their physical activity on their smartphone. It's almost always with them.

By contrast, wearables are easy to leave behind. The study's result reflected that – even though researchers instructed participants not to remove their wearables.

"Every time you take it off is an opportunity not to put it back on," Patel said. "It's not something that you're totally dependent on for other reasons. If you leave your wearable at home, you may not be able to track your step counts – but you can still function."

The study enrolled 500 patients who had been admitted to the Hospital of the University of Pennsylvania or Penn Presbyterian Medical Center. Half of the patients were instructed to track their steps using the Withings Health Mate app on their smartphone. The others were asked to do so using a Withings Activite watch.

Over time, the percentage of patients sending their data declined among both groups. But the drop off was more severe among wearable users.

Yet, Patel said wearables have some advantages, particularly in the type of data they can track. They can check someone's heart rate and they are more accurate at measuring sleep habits, including when people stop moving or when their heart rate slows.

"Smartphones, for the most part, can track physical activity levels, step counts and movement in general," Patel said. "There are things you can do to get your heart rate or your sleep (habits), but people don't really engage with that."