A winter storm warning has been declared for the region ahead of the nor'easter, which is expected to arrive around 3 p.m. 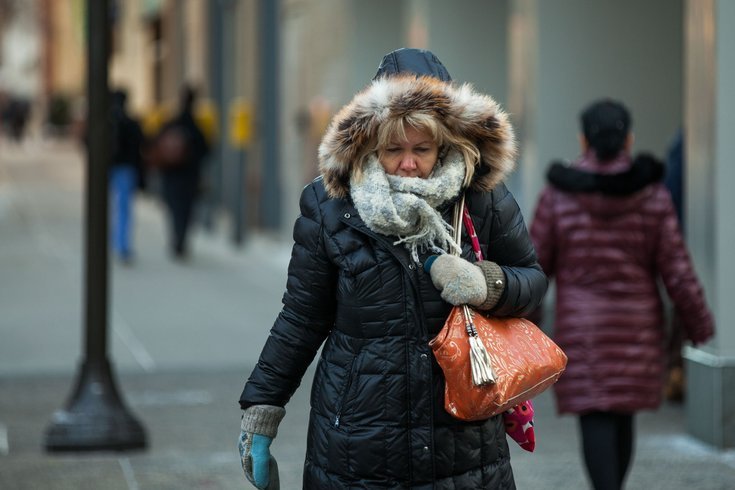 SEPTA, the Philadelphia Streets Department, and the School District of Philadelphia are making preparations for Wednesday's snowstorm. Above is a file photo.

Philadelphia officials outlined the preparations for Wednesday's nor'easter, which forecasters say could blanket parts of the city in upwards of 10 inches of snow between Wednesday afternoon and Thursday morning.

The National Weather Service has issued a winter storm warning for Philly, the surround counties and parts of central New Jersey. In Philadelphia, the snow is expected to start around 3 p.m. Wednesday. It will become a wintery mix of snow and sleet Wednesday night and snowfall could continue into late Thursday morning, NWS meteorologists predict.

Because of the timing of the storm, business will mostly continue as planned Wednesday morning in Philly until the snow arrives.

LATEST: Snow storm to hit Philly region today: What you need to know

"Expect delays. SEPTA will operate with as much service as we can, but the system will move slower as we navigate through conditions," said Scott Sauer, assistant general manager for SEPTA.

One closure is already in effect: OWL bus service for the Market-Frankford Line was suspended. Overnight train service will continue in its place, SEPTA said Tuesday evening.

MFL: Owl Bus service will be temporarily suspended and trains will run in the overnight hours on Wednesday, December 16 into Thursday, December 17. Please be alert for snow and ice on station stairways and wet platform areas.

Philadelphia trash collection also is expected to occur as planned Wednesday morning, Philadelphia Streets Department Commissioner  Carlton Williams said. Collection could be postponed during the rest of this week, depending how much snow the city gets. Updates to service will be announced Wednesday.

Snow Prep Update: Wednesday's trash/recycling collections should be set out for picked up tomorrow. As the forecast changes, we will evaluate Thursday and Friday’s collection schedule. Delays are contingent on the severity and length of the storm https://t.co/m5DVSUKdfh. pic.twitter.com/l5qqIZhJLa

Philadelphia's Office of Homeless Services declared a Code Blue on Tuesday ahead of the storm, ensuring the city's homeless shelters stay open around-the-clock.

"We are in our first code blue of the season. That means two big things: There will be more outreach teams on the street making an extra effort to encourage people to come in ... The second thing is that our shelters will remain open 24 hours, nobody will be asked to leave during the day," OHS Director Liz Hersh said.

Also during a Code Blue, it is against the law to leave pets outside, Philadelphia's Office of Emergency Management reminded residents on Tuesday.

There will be no snow day for students in the School District of Philadelphia – classes will continue virtually as scheduled.

All school buildings will be closed to families and non-essential staff members. Access Centers, which provide virtual learning and computer access for district students, also will be closed starting starting 1 p.m. on Wednesday.

"This is a small percentage of the total School District population," said Cynthia Figueroa, the deputy Mayor of the Office of Children and Families. "Obviously the difference is that children are physically traveling to these sites. We want to make sure given the conditions that we are thinking about their health and safety."

ATTENTION PHILLY FAMILIES ❗Access Centers will close at 1pm tomorrow and will remain closed all day Thursday due to the impending storm. Stay warm and #StaySafePHL! @PhiladelphiaGov pic.twitter.com/40cgelRAy4