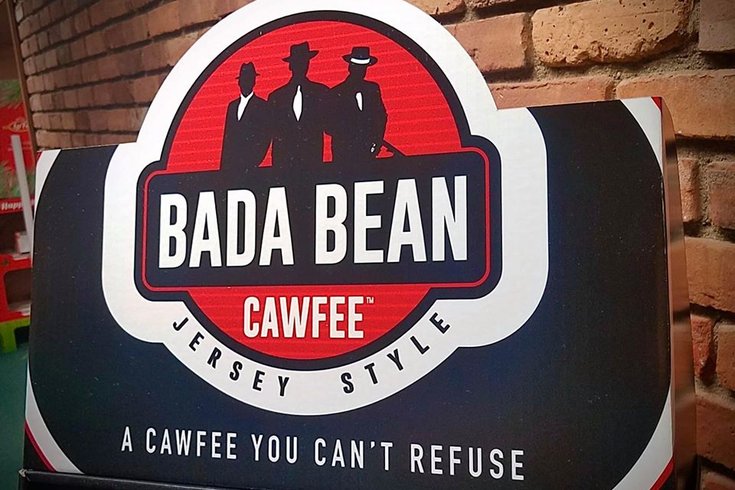 The owners of Bada Bean Cawfee will launch a chain of Sopranos-themed coffee shops in New Jersey, the state where the hit HBO show took place.

Drew Adelman and Peter Pannullo will open four new shops in Newark, Woodbridge, Montgomery, and Toms River, the Asbury Park Press reported today. A location on the Seaside Heights boardwalk formerly operated, but has since closed.

In addition to their red and black logo which draws inspiration from "The Sopranos," the coffee shops will have TVs displaying episodes of the show and other mob-themed programming at all times – which could make for some interesting moments among customers during the R-rated parts. And the coffee shop's menu, partially available on Bada Bean's website, it will feature items with names like The Gumad, The Gavone, Cugine and Shylock Specials.

Bada Bean Cawfee opened in 2018, and Adelman and Pannullo are selling coffee beans and merchandise on their website. There is no specific date for the grand opening of their shops,

The Bada Bean Cawfee name is a play on "The Sopranos" character Silvio Dante's Bada Bing! strip club on the show, the location where Tony Soprano conducts his mafia business in a back office. The phrase "bada bing" was popularized by another famous mob character, Sonny Corleone (James Caan) in "The Godfather."

As for the word "cawfee," the owners said that's just how people from New Jersey pronounce it.

The Sopranos, which ran on HBO from 1999-2007, was filmed in studios in New York City and on location in New Jersey in the towns of Caldwell, Kearny, Lodi, Elizabeth, and elsewhere. The title sequence features landmarks from Jersey City and Newark along the New Jersey Turnpike