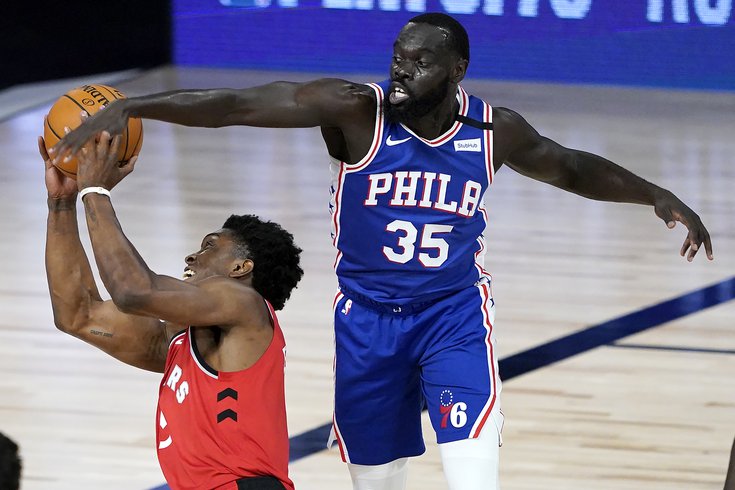 The Sixers plan to waive two-way player Marial Shayok, a source told PhillyVoice on Friday morning. Shayok, who was drafted by Philadelphia with the 54th pick in the 2019 NBA Draft, spent most of last season with the Delaware Blue Coats, where he was a prolific scorer for the team's G-League affiliate.

The Iowa State product scored 22.4 points per game in just over 29 minutes a night for Delaware last season but did not have much of an opportunity to play for the big-league club. Shayok appeared in only four games for the Sixers during his rookie year, playing mostly garbage time in just 28 total minutes.

Ultimately, Shayok didn't show enough to warrant converting his contract to an NBA deal and wasn't viewed as promising enough for the team to bring him back using one of their two-way deals. At 25, Shayok is on the older side for a prospect, and his signature skill (shooting) was merely above average at a lower level of competition last season, as defensive concerns continued to follow him from his college days.

Beyond that, Shayok's presence at this stage would have been somewhat redundant following Philadelphia's selection of Isaiah Joe in the second round on Wednesday night. Joe figures to be the team's developmental shooter prospect for at least the short-term future, and recent acquisitions Seth Curry and Danny Green will bolster their floor spacing in the meantime.

With Daryl Morey in charge of the organization and Elton Brand taking a larger role in its restructure, Philadelphia has already begun turning over parts of the G-League program this offseason. Former St. Joe's legend and NBA guard Jameer Nelson was recently hired as the Assistant GM of the Blue Coats, and as Derek Bodner of The Athletic first reported on Thursday evening, the team is expected to sign Dakota Mathias to a two-way deal, a source confirmed to PhillyVoice. On some level,