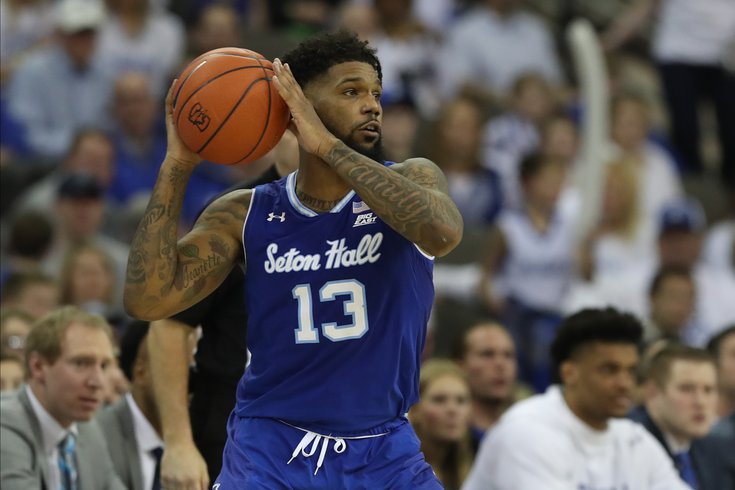 The Sixers have some new blood on the roster.

Riller, who agreed to a deal with the Sixers in mid-August, has had trouble staying healthy since joining up with the franchise, most notably suffering a torn meniscus in early October.

Local basketball fans may very well be familiar with Powell, a Trenton native who played four years at Seton Hall from 2016 until 2020. Powell was First-Team All Big East in back-to-back years during his junior and senior seasons, with his junior year the most promising from a future upside perspective: Powell shot over 36 percent from three on nearly nine attempts from deep per game, averaging over 23 points per game on solid efficiency. Despite his numbers dipping during his senior season, Powell was able to win Big East Player of the Year and earn consensus First Team All-American honors as the lead dog for the Pirates, leading them to a 21-9 record before COVID ended the season.

(That senior season is a subject of some angst for Powell, who filed a lawsuit against his former school, head coach, and an athletic trainer in July of this year, alleging that the university failed to properly diagnose a knee injury during his senior season. Powell's lawsuit claimed that an injury that was diagnosed as an ankle injury was actually a lateral meniscus tear, with a lack of treatment at the time leading to permanent damage and physical & financial damage.)

Powell had quite an interesting trajectory as a prospect, arriving to Seton Hall as a doughy, 240-pound guard before reportedly dropping 45 pounds or more and developing into one of the most dangerous scorers in the conference. If Powell is going to make it, his path relies on his ability to score at this level, because his size (he's around 6'2") and his lack of vision hold him back from being either a switchable defender or a point guard type at this level.

Projecting him as an NBA-caliber guard does require some projection, because his efficiency lagged behind his reputation at Seton Hall. But some scouts suggested prior to the 2020 draft that his numbers were more about his role and team context rather than his true skill — Powell was forced to carry the Pirates' offense most of the time, leading to a lot of tough, contested shots being central to his nightly arsenal.

While with the Knicks' G-League program in New York, which is where Powell directly arrives from, he was able to show what he might be able to do in a situation where he was not always depended on to be the No. 1 option. In a limited sample during the 2020-21 G-League campaign, Powell shot over 44 percent from three on nearly 6.5 attempts per game.

While it would be nice to see the Sixers develop a G-League success story who eventually makes an impact on the big club, the more realistic outcome is that this simply strengthens the current Blue Coats group and gives them a bit more available depth than they've had with Riller on the shelf. You can take a look at Powell's 2021-22 debut below, which just so happens to have come against his new teammates: