The Christmas outlet has aisles of holiday lights, wreaths and ornaments 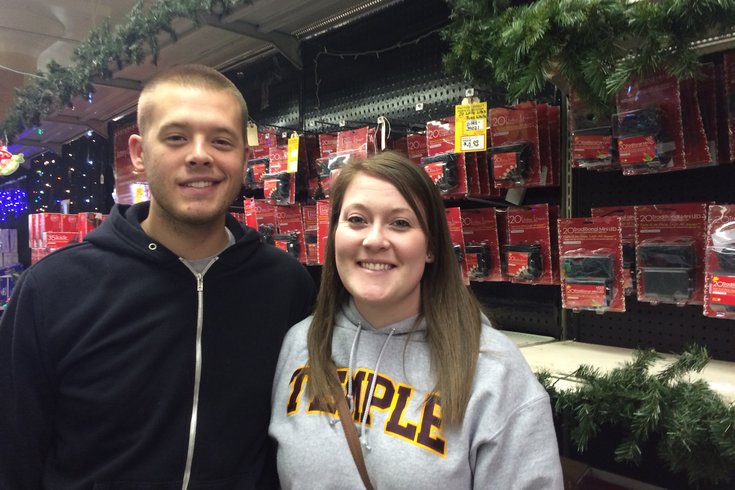 Steve and Laura Mulligan, newlyweds from Northeast Philadelphia, came to Kindy's Christmas Factory Outlet to purchase lights and ornaments for their Christmas tree.

Newlyweds Steve and Laura Mulligan needed to pick up a few decorations to celebrate their first Christmas as a married couple.

That's how the Northeast Philadelphia couple found themselves standing in an aisle of holiday lights Friday morning, examining the varied possibilities to adorn their Christmas tree.

"Our parents gave us one of their old fake trees," Steve Mulligan said. "Now, we're trying to get all the ornaments and lights. It seems like we can tackle that right here. Everything's here. It's a bit of a hike, but it's worth it."

Kindy's, a family-owned business located in the heart of South Philadelphia, has served for decades as a destination point for anyone looking to spruce up their home for the holidays. For many, a trip to Kindy's becomes something of a family tradition.

"I always come to Kindy's for something – garland, icicles, whatever," said Cassie Berry of Philadelphia. "Christmas is hard as it is. They try to make it easier and sufficient." 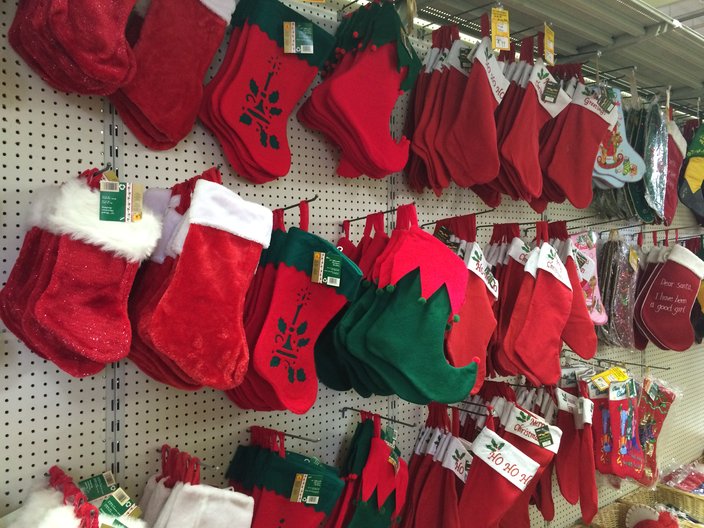 Shoppers rushed, swarmed and maybe even pushed their way through retail stores across the region Friday, an aggressive pursuit of the best deals on the hottest holiday gift items. But at Kindy's, the unofficial start to the holiday shopping season began with a calm – and more festive – atmosphere.

Dozens of shoppers casually traversed the popular outlet, a warehouse packed with a wide array of holiday decorations. Christmas balls, lights, ornaments, wreaths, garlands, stockings and bows line the aisles. There are plenty of fake trees and outdoor ornaments, too.

"We look at all the stuff," said Frank Orlando of South Philadelphia. "They have very nice stuff in here."

Kindy's opened 35 years ago as part of Brite Star Manufacturing Company, selling tinsel garland, icicles, light sets and ornaments in a portion of the company's warehouse. It initially operated throughout the year, but the owners later decided to operate during the holiday season.

The factory warehouse gives the manufacturing company a better idea of what items are popular, owner Judy Kinderman said. Over the years, she has witnessed all sorts of crazes, many of which are cyclical.

Kinderman said recent trends are focused on interior decor. Tinsel, garland and icicle sets are as popular as ever, she said. Multi-colored LED lighting also is a hit.

"Traditional Christmas is very popular again," Kinderman said. "It's back in vogue." 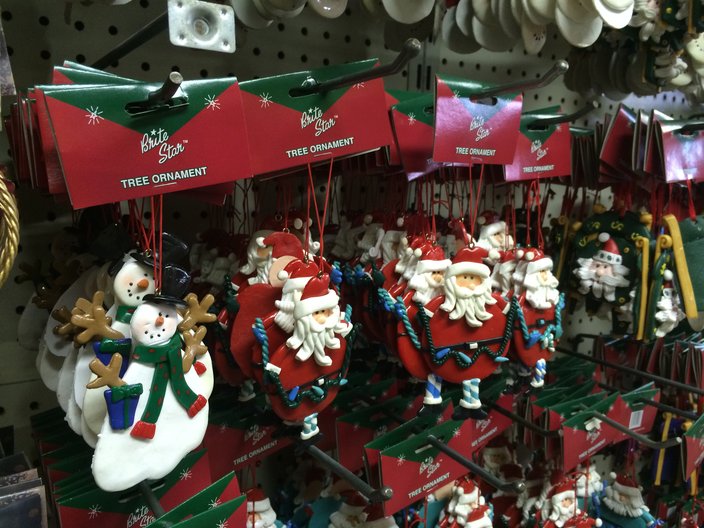 Cassandra Williams considered purchasing multi-colored lights for her tree, saying she always liked the way they looked. The Philadelphia resident was shopping at Kindy's for the first time. Her mother and sister, veteran Kindy's shoppers, had taken her out.

"I'm looking around now trying to see what's what," Williams said. "It's reasonable. I'm interested in the lights for my tree. My mom and sister are looking for something particular. They have a yard and want to put up stuff. It's nice here."

The store also offered face painting for children and a trip through Enchanted Land, a holiday attraction comprised of more than 100 mechanical figures. The attraction previously was housed for decades at G-Boys in Marlton, New Jersey.

Santa Claus is expected to appear at Kindy's on Saturday.