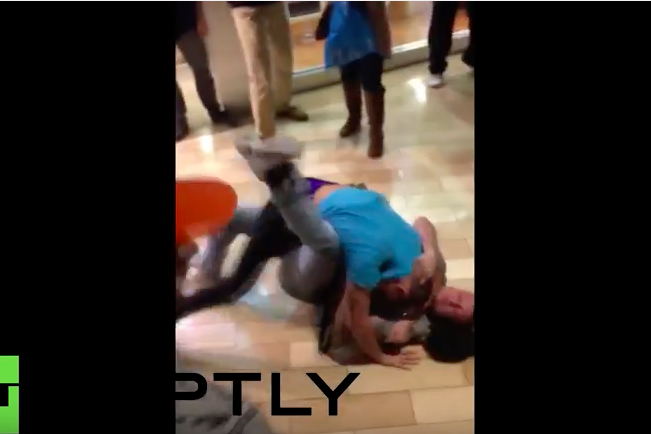 Shoppers brawl at a mall in Kentucky

After the 2008 trampling death of a Walmart worker in Long Island, Black Friday crowds have drawn criticism for unruly behavior.

Many stores around the country were full on Thanksgiving evening, and it didn't take long for the Black Friday violence to begin.

Media reported brawling shoppers at a packed Kentucky mall on Thursday evening, forcing a police officer to intervene and break up the fight.

Another video circulated on Twitter of an alleged fight at Florence Mall in Florence, Kentucky.

When someone takes the last pair of Jordan's on Black Friday. pic.twitter.com/25IZnEk4Zk

Several videos surfaced of a "riot" at a Walmart retailer in El Paso, Texas. Shoppers can be seen wrestling for television sets.

A man is later seen face down on the store floor, being handcuffed.

In a different video, a woman can be seen snatching a vegetable steamer from a young boy's hands. Some were skeptical, suggesting that the footage was staged.

Regardless, the video illustrates the reality of Black Friday hysteria.