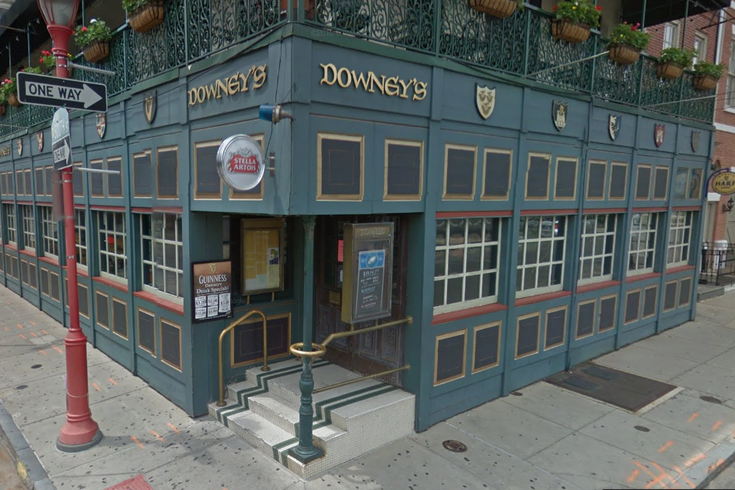 The location of Downey's bar at Front and South streets.

After years of bad news, including filing for bankruptcy in 2010 and a failed appearance on makeover show "Bar Rescue" in 2011, Downey's is finally finished. The Irish pub, which opened at Front and South streets in 1976, is now closed, Philly.com reports, and will be up for sheriff's sale May 3.

According to city records, the owner owes $80,712.43 to the city in taxes and interest for the past three years.

The building went up for sale in May 2015 for a cool $2.9 million by Domenico Centofanti, who bought the joint from originator Jack Downey in 2003. Now, its liquor license is in safekeeping, so it cannot legally serve alcohol.

In its heyday, Downey's was a popular traditional neighborhood Irish pub. In recent years, after Centofanti's takeover, Italian dishes were added to the menu. Tragedy struck the restaurant in 2005 when Centofanti's brother, Marco, shot his mother and then himself in an attempted murder-suicide in the apartment above the bar.