How to watch historic SpaceX, NASA rocket launch of the Falcon 9

Two NASA astronauts will launch from the Kennedy Space Center 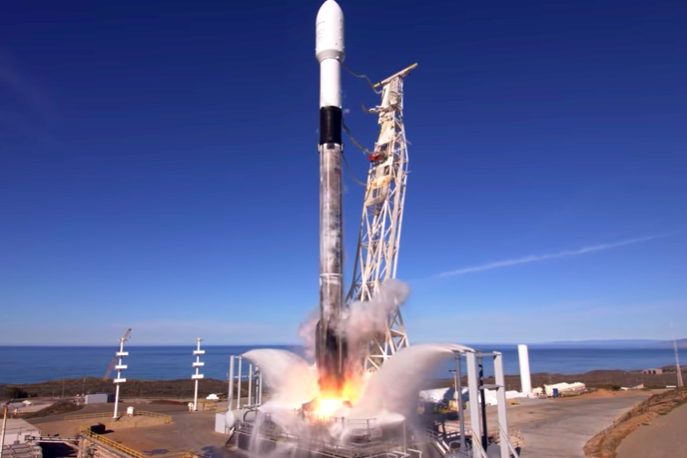 If all goes well Saturday, SpaceX will be launching two NASA astronauts into space for the first mission of its kind since 2011.

After an attempt to launch earlier this week was cancelled due to bad weather, the Demo-2 mission from the NASA Kennedy Space Center in Florida will be attempted again Saturday afternoon.

The launch is scheduled to take place at 3:22 Eastern Standard Time if the weather holds up.

If successful this will be the first time that NASA astronauts have launched from American soil on an American rocket on a journey to the International Space Station since July 2011 when the space shuttle program was retired.

Billionaire Elon Musk founded the privately-funded space exploration company SpaceX, which built the rocket "Falcon 9" launching today and its capsule "Crew Dragon," which completed an unmanned mission to the ISS in 2019.

SpaceX received more than $3 billion in funding to develop the Crew Dragon capsule, the last leg of their partnership with NASA to develop a spacecraft for low-Earth orbit trips.

NASA astronauts Robert L. Behnken, 49, and Douglas G. Hurley, 53, will remain onboard the Crew Dragon. They have both been astronauts since 2000 and have experience flying space shuttle missions.

You can watch the launch on the SpaceX Youtube channel below beginning at 11 a.m.

There is still a 50% cancellation risk as of Saturday morning. At the first attempt to launch on Wednesday, the event was called off 15 minutes before the scheduled launch time. Factors like lighting and other weather conditions can cause a launch to be cancelled.

If today's launch is unsuccessful, then the Falcon 9 launch will be attempted for a third time Sunday, May 31 at 3 p.m., where there is only a 40% cancellation risk. The launch has to occur at a specific time to control the arrival time of the capsule at the ISS.

The Kennedy Space Center is located on Merritt Island, near Cape Canaveral, Florida.