The goal is to reach middle-class families. Students are still expected to contribute at least $5,000/year 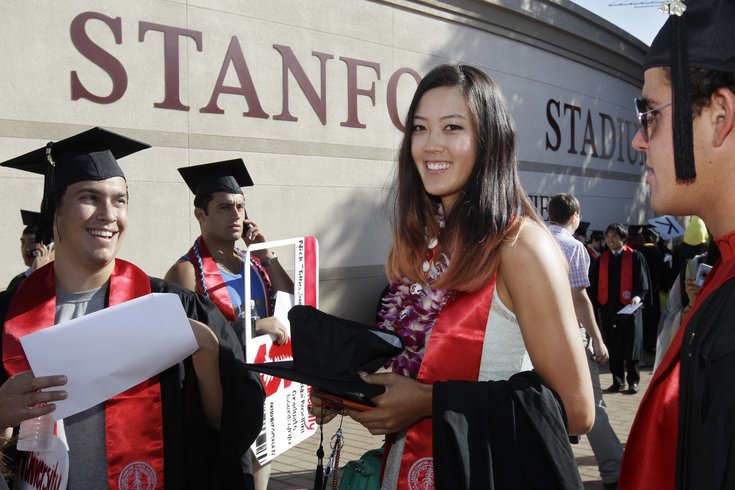 Here’s another reason to encourage children to get good grades: If a Stanford University student's parents make less than $125,000 annually, the parents won't be expected to contribute anything toward tuition.

Parents with an income below $65,000 a year won't be expected to cover room and board, either. The students will, however, have to work part time and contribute at least $5,000 per year, with or without the aid of their parents.

According to a press release from the elite university - where only 5 percent of freshman applicants are admitted and students' average GPA is 4.18 - the reason for the generous aid policy is to attempt to reach out to middle-class families who miss the cutoff for federal grants usually reserved for low-income students.

Our highest priority is that Stanford remain affordable and accessible to the most talented students, regardless of their financial circumstances, Provost John Etchemendy said in a statement. These enhancements will help even more families, including those in the middle class.

While most universities can't afford to offer such generous financial aid to their students  - Stanford attributes the generosity of the new plan to its wealthier students, who pay full tuition, and the school’s $21.4 billion endowment - they could draw a lesson from the plan's simplicity, notes Vox.

At Stanford, middle-class students know even before they apply what they'll have to pay to attend, whether they'll be able to afford it, and how much they'll have to borrow. At most colleges, the amount a family is expected to pay doesn't show up until after students have applied, been accepted, and filled out financial aid paperwork. That's partly because many colleges are stretching their financial aid budgets and don't know what they're dealing with until students have been admitted.