Starbucks now has a Horchata Frappuccino that's made with almond milk 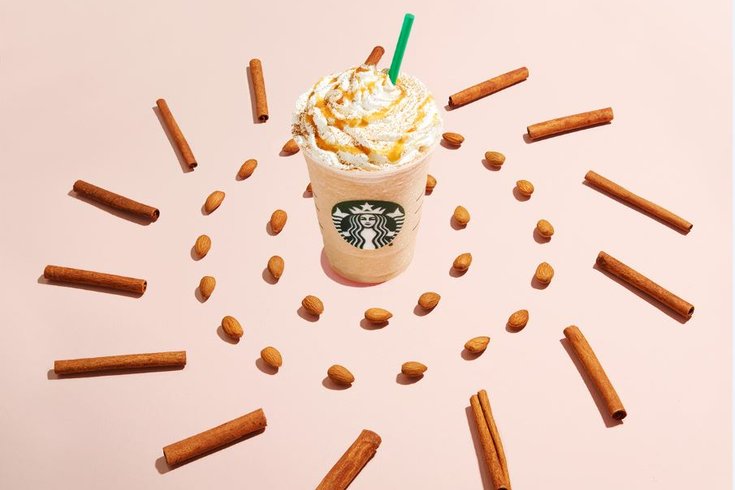 Starbucks debuted its Horchata Frappuccino across the U.S. and Canada on Tuesday.

Say hello to what could be your new favorite drink.

Starbucks welcomed the Horchata Frappuccino, inspired by the beverage best known throughout Latin America and Spain, to participating stores across the U.S. and Canada on Tuesday.

The company's new frap will also stand apart from others – it's the first to be made with almond milk, catering to all those who are lactose intolerant, according to Eater. Aside from the dairyless base, the Horchata Frappuccino will be made with cinnamon dolce syrup, coffee and ice.

Starbucks is also giving its own "twist" on the recipe, which is authentically made with rice, by topping it off with whipped cream, caramel, cinnamon and sugar.

"Starbucks Horchata Almondmilk Frappuccino is the perfect beverage to end the summer and welcome fall," Starbucks said in a statement. "The creamy and cool texture – ideal for warm August days – is complemented by sweet caramel and warm spice flavors of cinnamon which hint that fall is near."

Social media, however, had mixed opinions on the frosty addition.

Horchata almondmilk frap is hands down the best Starbucks drink

The new Horchata frap at Starbucks is delicious. Anyone who loves the gingerbread or pumpkin spice will like it, fo sho.

The frap comes a few months after Starbucks debuted its wildly popular Unicorn Frappuccino for a limited time. It looks like Tuesday's addition, however, is here to stay.