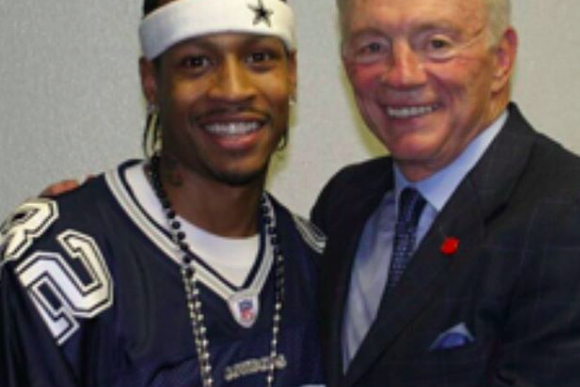 There is almost nothing in the world that Allen Iverson could do or say to make Philadelphia fans bat an eye about his importance to this city, not just as a world-class basketball player but as a cultural harbinger who solidified our spirit of grit and determination.

Almost nothing. While the Eagles sit at home for the NFL playoffs and Philadelphia fans start debating the team's draft strategy, Iverson is taking to Instagram to share photos of himself in a Cowboys jersey and posing with the team's reviled owner, Jerry Jones. 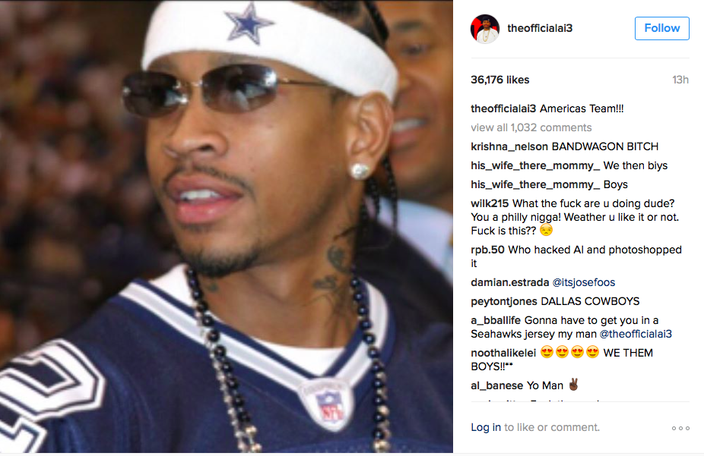 Iverson was exalted by Philadelphia late last year when he entered the NBA's Naismith Hall of Fame, exceeding his allotted time at the dais to underscore just how much Sixers fans inspired him to become the game-changing player he was on the court.

Apparently all those years in Philadelphia couldn't shake A.I.'s lifelong attachment to the Dallas Cowboys, a condition that afflicts large parts of the American public who live nowhere near Texas. This isn't even the first time Iverson, once a quarterback with NFL aspirations, has appeared in public in Cowboys gear. Much more infamously, he was seen sporting a Cowboys beanie in 2010 shortly after he returned for a victory lap with the Sixers.

Iverson is from Virginia, where he would logically be a better candidate to root for the Redskins, or at least support fellow Virginian and friend Michael Vick, who's gotten love from Lower Merion's Kobe Bryant in the past. Bryant was also a supporter of Donovan McNabb.

Fans with a long photographic memory may recall that Iverson did wear a customized Eagles jersey when the Sixers went to Los Angeles for Game 1 of the 2001 NBA Finals. It was the only game the Sixers won. 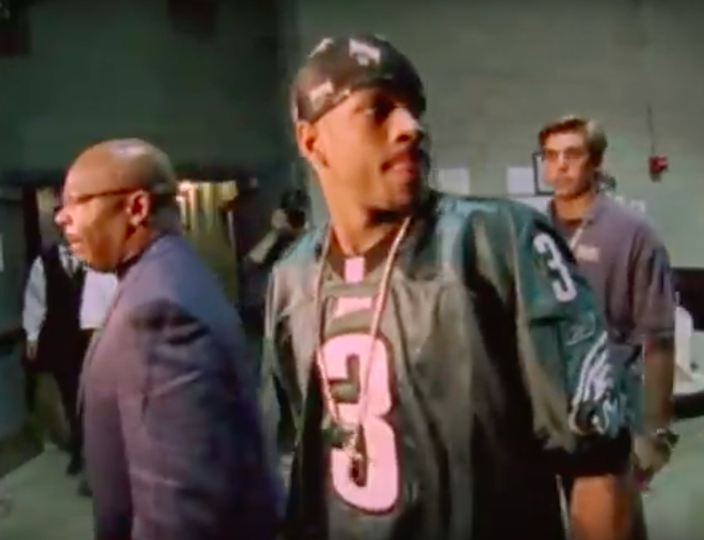 The Cowboys will host the red-hot Green Bay Packers Sunday at 4:40 p.m. in an NFC divisional round showdown.