A 'Strawberry Moon' will be visible for Father's Day, beginning Saturday night 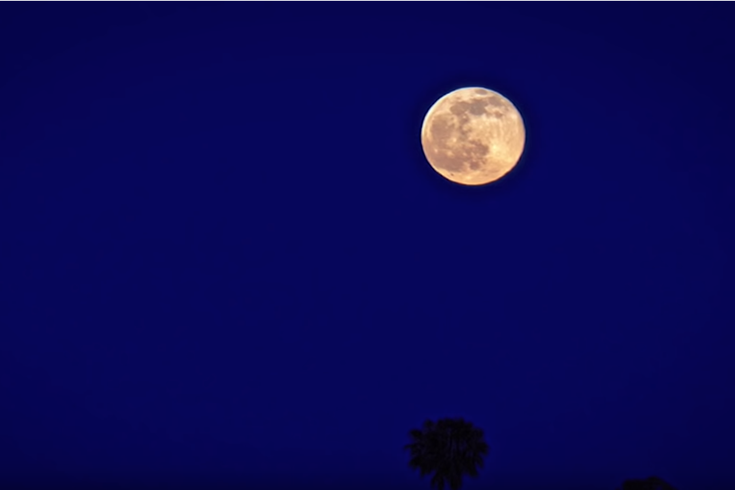 The Strawberry Moon is the final full moon of spring, and is often also June's only full moon. This year, it lines up with Father's Day weekend.

If a father in your life has a fascination with astronomy and the night sky, here's a fun way to celebrate Father's Day weekend in style.

The next full moon goes by many names, according to NASA, and is often called the "Strawberry Moon". The Strawberry Moon is the final full moon of spring, and is normally also June's only full moon.

The name comes from the strawberry harvesting season in North America, likely named by Algonquin tribes who once lived in the northeast, like the Delaware Valley's Lenape.

The moon will appear full for three days, from Saturday night through Tuesday morning, according to NASA. It will reach its peak full phase early Monday morning, at 4:31 a.m.

The moon, NASA says, often takes on a red hue -- hence another name, the Rose Moon -- because the moon is roughly in the same plane as the orbit of the Earth around the sun, according to NASA. The same logic applies to the sun appearing red at sunset or sunrise.

Popular culture astrophysicist Neil deGrasse Tyson explained the phenomenon on Stephen Colbert's The Late Show a few years ago, if you need to hear an explanation from someone who isn't me:

Here's how deGrasse Tyson, who notes it is sometimes also called the "Honey Moon", explained it:

"The full moon is always opposite the sun, so when the sun sets in June, it's actually very shallow below the horizon. That's just where it is. So the moon, opposite it, is very shallow above the horizon. It never really gets high enough to shed itself of sunset colors."

Yeah, what he said. It sounds cool. Go look at the moon!