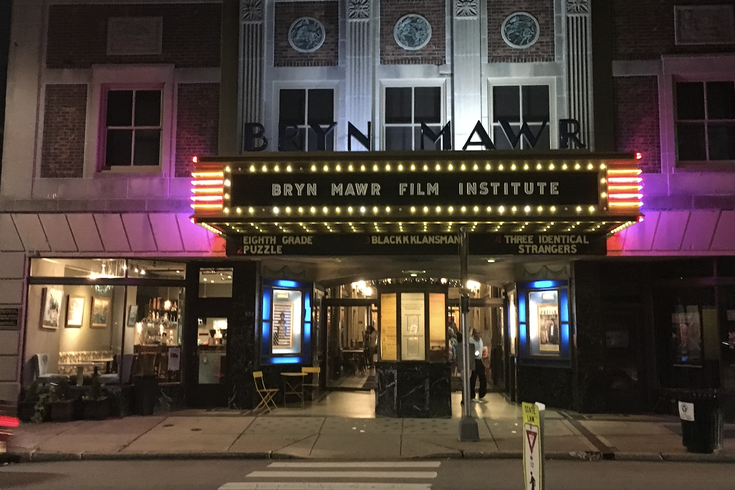 Some of the area's indie movie theaters, closed because of Pennsylvania's coronavirus restrictions on businesses, are trying to stay afloat by allowing people to stream films at home.

The Philadelphia Film Society, Bryn Mawr Film Institute, and Renew Theaters — owner of the Ambler Theater, County Theater in Doylestown, and Hiway Theater in Jenkintown — are showing their typical curated content through the theaters' respective websites.

The cinemas allow viewers to rent an array of titles. The cost per rental is between $9 and $13 and a portion of the sales supports the local theater.

The current movies include "Extra Ordinary," an Irish comedy co-starring Will Forte and Maeve Higgens, and "The Whistlers," a neo-noir thriller about a Romanian heist. "The Booksellers," which was executive produced by Parker Posey, explores book collecting in New York. It's perfect for anyone who watched "You've Got Mail" and sided with Kathleen Kelly. Music fans will love "Once Were Brothers," a documentary about '60s rock group The Band.

All of the films can be watched from a smartphone, tablet, or computer. To play most of the movies on a television, viewers need to use Apple AirPlay or Chromecast. It is also possible for laptop users to connect to their TVs with an HDMI cable.

In addition to the indie movie rentals, theaters like the Bryn Mawr Film Institute have moved some of their regular events online, too. Bryn Mawr is will host "The Empathy and Ecstasy of Wes Anderson, Part 2," a course that explores the director's later films, including "The Grand Budapest Hotel" and "Moonrise Kingdom." The online event takes place on Mondays from June 8 to June 29 at 6:30 p.m. It's $100 for members and $135 for non-members.

All Renew Theaters are hosting watch parties in May, including ones for  "Ferris Bueller’s Day Off" on May 2, "Mortal Combat" on May 9 and "Can’t Hardly Wait" on May 16. Viewers watch the film through Netflix and then discuss the film as a group in Discord, a group chat app. They will also host "Hollywood Streaming Nights," which include classic titles such as "Love Affair" and Shirley Temple's "The Little Princess."

Theaters are streaming movies to make up for lost revenue, the Philadelphia Business Journal reported, but it's still not enough. The Philadelphia Film Society, which had revenues of about $30,000 a month before the coronavirus shutdown, is only making 10% of that now. The Bryn Mawr Film Institute is subscription services to films by distributor Magnolia Pictures, which pays a portion of every virtual screening rented through the Bryn Mawr site back to the theater.

Local theaters will be able to stay open for the next few months, according to the report. If you'd like to support the theaters, you can donate by visiting Philadelphia Film Society, Bryn Mawr Film Institute, Ambler Theater, County Theater, and Hiway Theater.