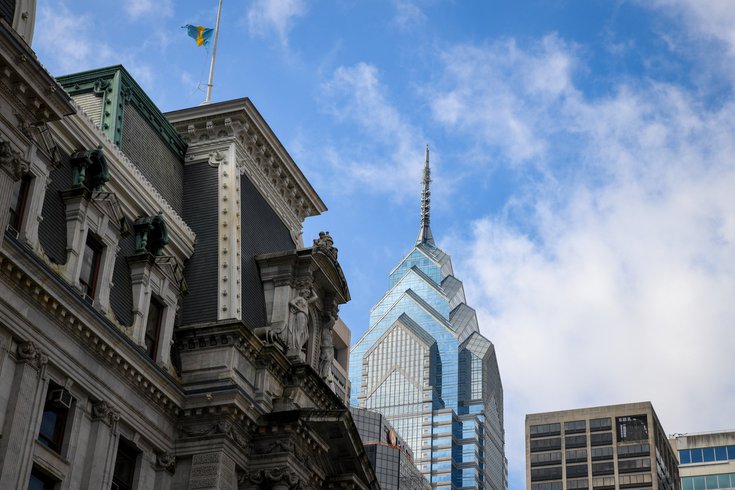 The City of Philadelphia shared a public health update Saturday in a daily coronavirus update with government officials. There are now four confirmed cases of coronavirus in the city, the libraries will close, and students will have access to free meals during the days of school closures.

UPDATE: Philadelphia residents can now also get boxes of free food at various locations throughout the city. Information and locations for food pickup can be found here.

Philadelphia officials announced designated meal sites for students home from school due to the coronavirus pandemic, and the closure of all Free Library locations Saturday's daily coronavirus briefing.

School District of Philadelphia superintendent William R. Hite spoke at the briefing and announced that schools across the district will provide meals Monday through Friday for kids that need food.

The official list of sites follows a morning when misinformation circulated on social media about where these meals would be available, a problem which Hite addressed.

"Please consider your sites when sharing information," Hite said at Saturday's briefing while providing the officials of school meal sites.

The locations were posted on the school district website. On March 20, the list of meal sites, the hours open for distribution, and the number of meals allowed per family were changed.

The new list of 80 meal sites was changed, although some of the locations remain the same. Families will now be allowed six meals a week per student: three meals for breakfast and three for lunch. The sites will be open from 9 a.m. to noon only, and all children and youth are eligible, no form of self identification is required. The changes can be found here, and take effect March 23.

The following is a table showing the updated meal site locations.

The following charter schools will also be open on varying days from 9 a.m. to noon. Those interested should contact the schools to find out when they are open.
All recreation centers also ceased to distribute meals, as all Parks and Recreation centers, playgrounds, and basketball courts in the city are closed until further notice. More information on closed locations is availible here.
Instead, six community centers run by the Philadelphia Housing Authority will be open for "grab and go" meal distribution during breakfast and lunch, Monday through Friday 9 a.m. to noon beginning March 23.

Next in the press briefing, Dr. Tom Farley, the Philadelphia health commissioner, announced that the number of COVID-19 patients in Philadelphia has increased by one from Friday, bringing the total number of coronavirus cases in Philadelphia to four. The new patient is a woman in her 30s, who is staying at home.

Farley also said that there continues to be a lack of tests in Philadelphia, which is part of larger national issue. Of the national issue, Farley said "That is real and it is effecting our ability to test people in Philadelphia. We know we are not testing enough people."

Also on Saturday, the Free Library of Philadelphia announced it would be closing all of its branches at the end of the day Saturday. Library staff will report to work on Monday.

In a letter posted to the Free Library's website, president Siobhan A Reardon, said the public libraries would remain closed through March 29, at least.

"If you have physical library materials checked out, don't worry: all loan periods and holds will be extended until we reopen," Reardon said. "We will also be fully refunding any paid tickets for Free Library and Rosenbach events previously scheduled to occur during this period."

In the meantime, Philadelphia residents were redirected to the Free Library's digital collections and databases and reminded that library card holders have access to the digital edition of the New York Times.

The health and safety of our staff and customers are our utmost priority. In the interest of limiting the impact and spread of COVID-19, all Free Library locations will be closed to the public March 15-29, at which point we will reevaluate.

Mayor Jim Kenney's repeated the message he has maintained throughout the coronavirus crisis, urging Philadelphia residents to remain calm and support the economy and those in the service industry which are both suffering now.

"Stay calm and move forward. At some point in time this will end," Kenney said. "Go out to dinner and tip your waiter."