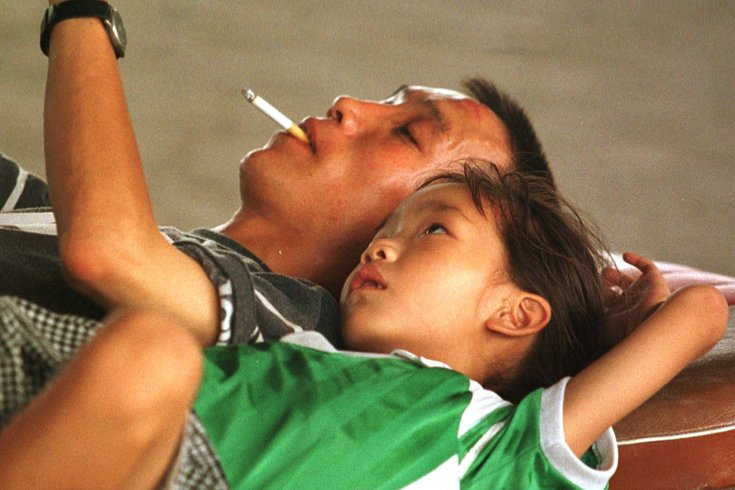 A man smoking a cigarette while reading to his daughter under an overpass in Beijing.

You might think that a policy prohibiting smoking inside Philadelphia Housing Authority residential properties would be broken behind closed doors, and in some cases, residents probably still smoke in their homes despite the rules.

But as a recent study out of Drexel University’s Dornsife School of Public Health reveals, simply implementing a smoke-free policy was enough to account for drastic reductions in the amount of secondhand smoke drifting through the air, including seeping into neighboring non-smokers' homes.

The study, led by Drexel professor Ann Klassen, Ph.D., and her team, analyzed nicotine levels both before and after a 2015 comprehensive smoke-free policy went into effect in all Philadelphia Housing Authority properties.

In other words, just asking people not to smoke in their homes was enough to make an impactful change.

And in case you are wondering why it matters if someone smokes in their own residence, or if it's fair to prohibit it, the study notes that in multi-unit housing, as much as 60 percent of air is transferred between units.

Secondhand smoke can also compromise the air in common areas, like a laundry room, the researchers noted, which can be a serious public health threat, especially in public housing communities, which often house a variety of residents, including children, the elderly and chronically ill individuals.

As the research notes, while the Philadelphia Housing Authority is the largest in the country to implement a fully smoke-free policy in its properties, there’s now a call from the Department of Housing and Urban Development for all federal public housing authorities to implement smoke-free policies by 2018.

Read more on the study at DrexelNow.