Study: Fathers can stunt emotions in sons, success in daughters 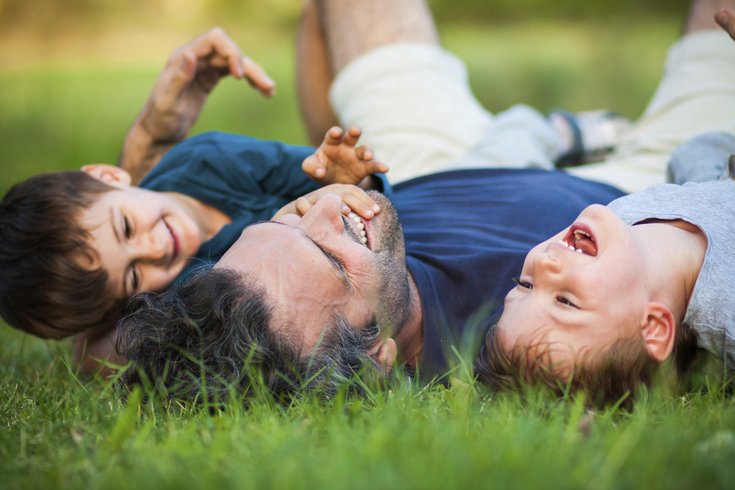 Fathers clipped small handheld computers to their belts and wore them for one weekday and one weekend day for the study. Researchers from Emory University and the University of Arizona had the computers randomly turn on for 50-second intervals every nine minutes throughout the days.

Results from the audio showed that fathers were more likely to sing, speak openly about emotions and reference body parts like “belly” or “feet” with their daughters. The reference to body parts especially highlights daughters' comfort with expressing physical discomfort to their parents. For toddler sons, the study showed more rough-and-tumble play and achievement-related language (“proud,” “win,”) from fathers. Researchers say there are benefits to both kinds of interactions, though both genders could benefit from less rigidly defined communication trends.

"If the child cries out or asks for Dad, fathers of daughters responded to that more than did fathers of sons," lead researcher Jennifer Mascaro, of Emory University, said in a statement. "We should be aware of how unconscious notions of gender can play into the way we treat even very young children."

The lack of emotional availability of fathers with young sons has been linked to a long-term negative impact in men. Previous research suggests that restricted emotions in adult men can lead to depression, lack of social intimacy and unsuccessful marriages. Emotionally stunted adult men are also much less likely to seek mental health treatment.

“The fact that fathers may actually be less attentive to the emotional needs of boys, perhaps despite their best intentions, is important to recognize,” Mascaro said.

Similarly, young girls could benefit from rough-and-tumble play with parents, as previous research has linked such activity to emotional regulation.

Researchers admit their study could not distinguish whether these behaviors in fathers came from natural biological instinct, societal gender norms or a mix of both. Even an MRI scan, which each father in the study had to undergo, couldn't reveal more specifics. Fathers being scanned were shown photos of their children and reacted to their expressions of sadness, happiness and neutrality.