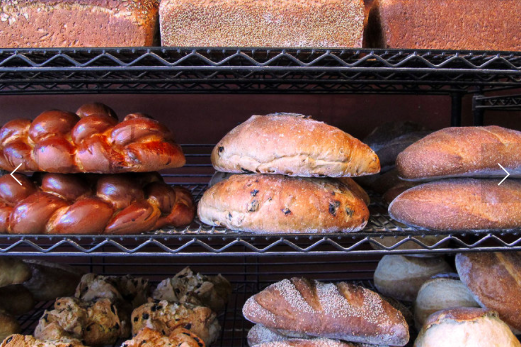 Loaves in the oven at Baker Street Bread.

We're often told eating too many carbs isn’t good for us, but a new study suggests we shouldn’t cut them out entirely, either.

A study published in The Lancet medical journal Thursday found that diets with high percentages (above 70 percent) and low percentages (below 40 percent) of carbohydrates are associated with increased mortality rates.

The sweet spot, according to the authors of the study, is a diet with 50 to 55 percent carbohydrates; that’s the range where the authors found minimal risk while studying 15,428 adults aged 45-64 in the United States.

Now, there was a caveat to this otherwise good news: it’s not just bread that’s keeping you alive. When the study looked at people who ate low-carb diets, there was a (pardon the pun) fork in the road.

Those who replaced the carbs they’d removed from their diet with animal-based protein and fats, like beef, pork, and chicken, had higher mortality rates, while those who replaced the carbs with plant-based protein and fats, like vegetables, nuts, peanut butter, and whole-grain breads, had lower mortality rates.

This shouldn’t come as too much of a surprise: the Dietary Guidelines Advisory Committee in 2010 determined that plant-based diets were associated with a reduced risk of cardiovascular disease and mortality compared with non-plant-based diets.

But what seems clear from this most recent study is people who think they can replace carbs, often thought to be a “naughty” food, with meat — a la the currently popular ketogenic diet — might want to dial it back and have a hunk of some good Italian bread. (And, you know, a vegetable.)