Philadelphians pride themselves on their ability to talk the talk and walk the walk. A recent study backs up residents' ability to walk the city.

Redfin, a real estate company, ranked Philadelphia on Thursday as the fourth most walkable city in the country with populations of at least 300,000 inhabitants for the second consecutive year. 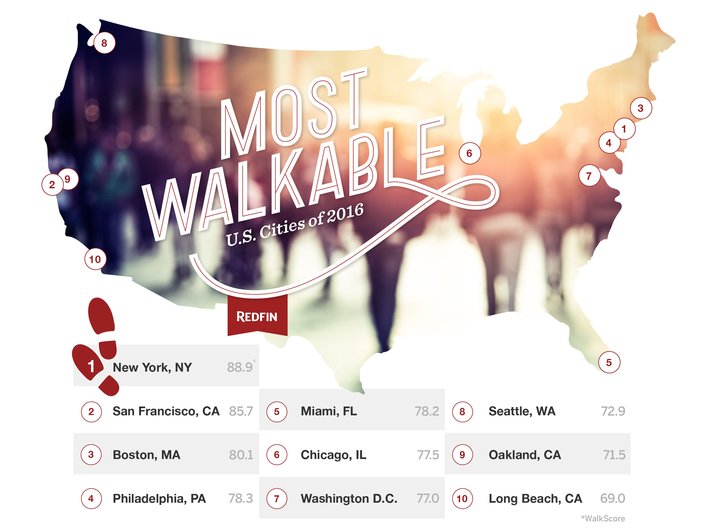 The rankings are calculated based on walking routes, the number of nearby amenities and pedestrian friendliness, according to Redfin.