Your toddler is almost definitely consuming too much sugar

Study: 98 percent of toddlers between 12 and 18 months ate foods with added sugar 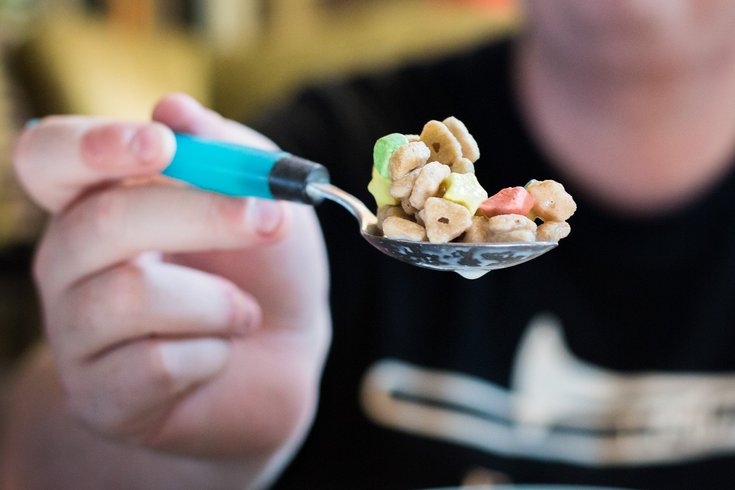 On National Cereal Day, we take a look at the best that corner of the breakfast world has to offer.

The American Heart Association recommends that children under age 2 avoid eating any foods with added sugar.

But parents have not been heeding that advice, according to a study conducted by researchers from the Centers for Disease Control and Prevention.

The study asked parents of 800 infants and toddlers – between 6 to 23 months – to estimate their child's daily added sugar consumption.

More than 60 percent of infants – ages 6 to 11 months – consumed added sugars, the study found. But sugar consumption among toddlers was even worse.

Nearly every toddler consumed added sugar. Some 98 percent of toddlers between 12 and 18 months ate foods with added sugar. For toddlers older than 19 months, the rate stood at 99 percent.

That oldest group consumed an average of 7.1 teaspoons of added sugar each day – more than the amount of sugar in a Snickers bar.

Kirsten Herrick, the lead researcher, presented the study Sunday at a nutrition conference in Boston.

"Once kids start eating table food, they're often eating the same types of foods that Mom and Dad have in their diet," Herrick said in a statement. "And other research has demonstrated that adults exceed recommendations for added sugar too."

Added sugars include any sugar used in processing or preparing foods and beverages, or any sugar added to food at the table.

Consuming foods with high amounts of added sugar throughout childhood is linked to increased risk of obesity and elevated blood pressure, according to the American Heart Association. Overweight children who continue to consume added sugar are more likely to become insulin resistant, a precursor to diabetes.

The 2015-2020 Dietary Guidelines for Americans, issued by the U.S. government, recommends children between 2 and 19, limit added sugar intake to 6 teaspoons per day.

No guidelines are given for children under age 2, but the 2020-2025 edition edition is expected to include recommendations.