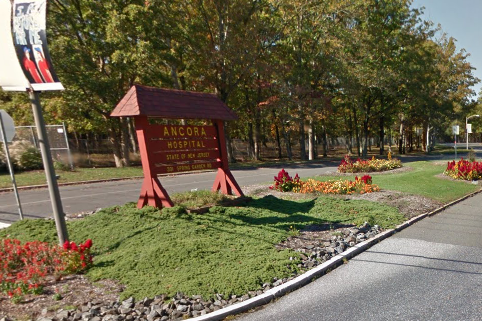 Claiming their developmentally disabled daughter was subjected to battering by employees of Ancora, the state’s psychiatric hospital for South Jersey, a suit has been filed by her parents and recently sent to federal court

The patient, Tara Murphy of Toms River, suffered permanent physical and emotional damage, the suit alleges in a story by the Courier-Post.

They allege the state failed to maintain patient safety while their daughter was in its care.

Davis was fired two years ago, after Ancora’s own administrators accused her of pushing Murphy into a chair.

Murphy fell multiple times after being admitted to Ancora in August, 2013.

Still was allegedly seen abusing her, the suit contends.

Murphy was seriously injured in a fall days later, and later allegedly assaulted by Davis.

In August of the next year, Murphy needed emergency care after falling out of bed, the suit alleges.

In March of 2015, she fell out of a chair restraint and permanently damaged her teeth, the suit also claims.

The suit accuses the hospital of violating policies and failing to train, supervise and discipline its employees.

The state reassigned the hospital's three top administrators as a result.

No one involved in the case commented to the Courier-Post