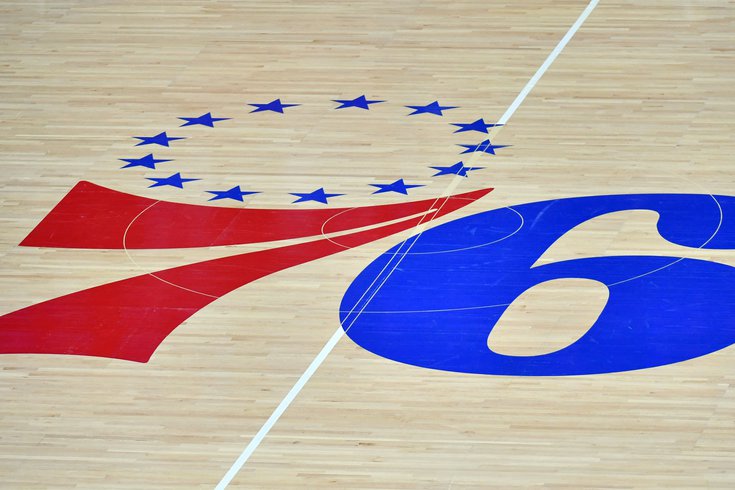 The Sixers found themselves locked in another tight battle in Summer League  on Wednesday night, with a strong Charles Bassey performance ultimately pushing them to an 86-82 victory over Utah.

• After a bit of a rough start against Memphis, I thought this was a much better outing for Charles Bassey, perhaps not coincidentally because he got to play as a solo big for most of the night. Without needing to figure out who was going to do what between Bassey and Paul Reed, he was able to focus on the role he is quite capable of playing on any gym on the planet — rim-running lob target.

You give him a runway to go to the rim and a pass that's reasonably close to Bassey, and he has a great chance to throw it down. Exhibit A:

To put it lightly, it has been a bit messier when Bassey has been asked to self-create or score in a manner that isn't dunking the ball. He doesn't have the softest hands in the world, nor is there a deep well of post moves to lean on when he's in trouble. But even there, Bassey was a bit better on Wednesday night, scoring with some touch around the basket without needing to brute force his way through everything.

What was more encouraging for Bassey was the defensive side of the ball, where he was challenged to do things that he probably won't need to do that often at the pro level. Rather than constantly leaving him around the paint to linger and protect the rim, Bassey spent a decent amount of time guarding the perimeter, and he didn't do a half-bad job out there. Bassey made several good reads in passing lanes, deflecting a couple of Jazz passes to either turn Utah over or at least bring the possession to a standstill. Taking him out of his comfort zone this summer should benefit Bassey, who needs to evolve from a drop-only guy to make an impact on this team.

• Charlie Brown had a rock-solid outing for Philadelphia in this one, though one does wonder how translatable it is to a setting with better players in it. The Jazz sagged off of him at times, and rather than taking open looks, Brown often opted to put his head down and go to the basket, which was a successful option for him more often than not.

To an extent, I can appreciate the, "If it ain't broke, don't fix it" mentality on offense, because the defensive side of the ball is Brown's path to playing time, even if that likely means it comes for someone else down the road. He is an active, competitive athlete on that end, getting up into guys as far as 3/4 of the way down the floor. Before Brown left this game due to a shot to the face, he was a big part of Philadelphia's quest to turn the Jazz over, helping the Sixers to (apparently) break a team record for steals in a Summer League game. If he wasn't creating the turnover himself, Brown was applying the pressure needed to give somebody else that opportunity.

I do worry about how Brown is getting his on offense, mostly because it's hard to translate it to a Sixers setting where he'll have far fewer opportunities to get to the rim and score. But he is playing at a level above most of the guys on the roster, and that's what you want to see from one of your two-way players.

• If Trevelin Queen had been around during the Process era, he would have etched his name in history alongside the most beloved guys from that run. I mean that partially as a compliment, partially as a diss, because he looks just as liable to do something insane as he is to make a shot or execute a successful dribble move to get to the basket.

Say this about him — there is a base of skill there to be tapped into, if someone can harness what he has and filter out some of the questionable choices. In fact, broadly speaking you'd rather have this problem than one where Queen simply couldn't get to spots or didn't create opportunities for himself that go haywire. In his first Summer League minutes for Philly this summer, he showed off the ability to break guys down off the dribble, some good transition play, and better playmaking than you'd expect from a player his size. He had an excellent drop-off to Bassey for a first-half bucket, and there were plenty of attempts to set teammates up, albeit not a ton that were successful.

My early thought is that I'd bet on a guy with ball skills at his size, the hope being that you can iron out the mistakes and make him slightly less risk-inclined. A lot of his mistakes in this game came with his head/heart in the right place, and unlike some of the other guys in their pipeline, he is not afraid to let shots rip if he gets an open look. They need more players like that, and if the results come, that'll open up a whole lot more for him.

For what it's worth, I don't think Queen's issues with decision-making are related to basketball IQ. He's a willing and timely cutter, as you saw on the game-sealing make he had late in this one, and his turnovers often had the right idea behind them. I hope we get to see a lot more of him this summer, including alongside the other "top of roster" summer league guys.

• Cassius Winston feels like a guy who will probably be appreciated by a coaching staff much more than you'd think just looking at the box score. With so many guys simply trying to make a name for themselves in this format, Summer League can devolve into a series of hero ball possessions where one guy tries to take on the opponent with no regard for who he has around him. Winston has been the opposite of that so far, constantly looking to keep everyone on the team involved without forcing up his shot too often.

(I would posit that Malik Ellison fit in the "not doing too much" basket as well, though his role was considerably smaller than Winston's.)

Coming out of Michigan State, it was Winston's shooting ability that would have made him a desirable prospect, but he has to bring more than that at his size just to get a serious look for NBA minutes. At the very least, he plays with the demeanor of a guy who could run a team off the bench, moving things along and minimizing turnovers while your lead guy gets a break.

All of that being said, a guy who is supposed to be a shooter struggling to make shots is tough to get around at his size. He was also probably the worst defender on the floor in a game without many lockdown guys, fouling early and often while trying to check bigger, more athletic guys.

• Julian Champagnie has not stood out in basically any way so far in Utah. His outside shot has been non-existent, and by my count, his only two buckets of the night came on uncontested runouts. There's starting slow, and then there's whatever this is.

Not the end of the world for a UDFA rookie, but it would be nice to see him pop here and there.

• Myles Powell may have had the single worst fast break of all time in this game. At least I thought that until Aminu Mohammed got hit in the back of the head by a Grant Riller pass in transition to open the fourth quarter, not aware that anyone would be looking for him on the break. No one is going to confuse this group for the Showtime Lakers.

• Charlie Brown took a good shot to the grill at the end of the third quarter, so here's hoping he has nothing more than a sore jaw.

• This was not exactly an offensive showcase for either team, good grief.