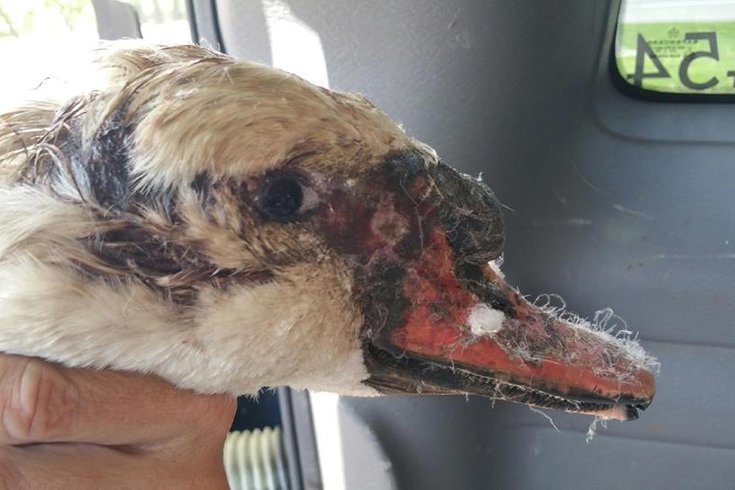 A swan was found with what appears to be chemical burns in Parvin State Park on Tuesday afternoon.

A white mute swan was found Tuesday with what appear to be chemical burns to its face in Parvn State Park in Salem County, New Jersey, The Daily Journal reports.

The animal was found by joggers around 1 p.m. -- it was still alive but unresponsive. The bird was discovered laying next to log with injuries to its head.

While the injuries could yet not be officially attributed to an intentional act, the early signs suggest that was the case, according to authorities.

The Parvin State Park Appreciation Committee posted pictures of the swan and its injuries on their Facebook page, requesting any information on potential suspects. 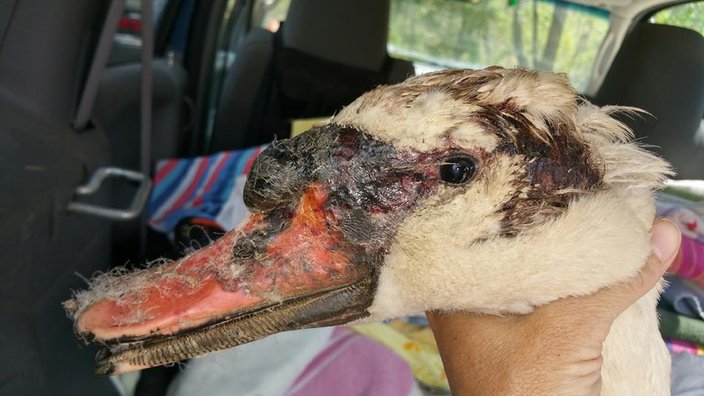 WANTED! Information leading to the arrest and prosecution of person(s) who burned one of the swans at Parvin Lake. Please in box us or call the park office with information (856) 358-8616.

The male swan is now in stable condition and recovering at Delaware Valley Veterinary Hospital in Mullica Hill and is being treated with antibiotics and nutrients. A pending report from the hospital will determine what organization leads the investigation of the incident.