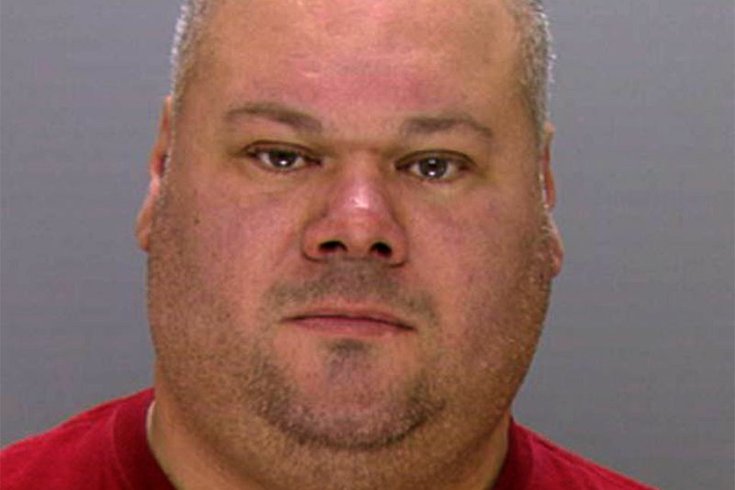 Eight days ago, Christopher Pagano learned that a Berks County assistant district attorney was withdrawing a harassment charge against him before he could appeal the verdict.

The plan – according to ADA Jackie Hamer – was to upgrade charges stemming from a May 2018 incident from a summary offense to a misdemeanor and retry the case at the courthouse in Reading.

With that refiling process reportedly happening this past week, Pagano appeared in a Philadelphia courtroom on Wednesday morning.

He was facing charges that the alleged crime in Berks County represented a violation of probation stemming from a 2014 plea deal in a Philadelphia case that saw the 47-year-old branded as the “Swiss Cheese Pervert.”

In June of that year, Pagano pleaded guilty to indecent exposure charges after a community group, victims and police united to break the case of a man who exposed himself to women while holding slices of cheese, asking if they would accept payment to watch him rub the food on his exposed genitals.

As part of that sentence, he was to serve eight years of probation.

According to Pagano’s defense attorney, Richard J. Fuschino Jr. of Philadelphia, Municipal Court Judge James DeLeon vacated a previous revocation of Pagano’s probation. This, because when the case was withdrawn last week, Pagano was no longer convicted in Berks County.

“The prosecution reported that the Berks County DA’s office is refiling, or has refiled, criminal charges, so the case was continued pending the outcome of the misdemeanor harassment charge. I don't know, because I haven't seen any paperwork on it yet,” Fuschino told PhillyVoice after the three-minute hearing Wednesday before DeLeon. “The judge undid what happened at the prior listing.”

Hamer confirmed to PhillyVoice that the misdemeanor case has been prepared. As for the defense attorney's argument, she said she discussed it with an appellate attorney in the office and said she's on solid ground to refile.

A call to Susan Keesler – the assistant district attorney handling the case in Philadelphia – seeking information about how the upgraded charges could impact the local case were not immediately returned.

In that case, Pagano was issued a non-traffic citation after he propositioned a woman: “I have a fetish when a girl sucks cheese off my d***. Will you do it?” Last week, Hamer indicated that the harassment went beyond that single incident.

For his part, Fuschino said he's unsure whether the Berks County DA’s office can even refile charges in a case for which his client was already found guilty and served 63 days in jail.

“The most important part of this is that I believe Berks made an error in recharging him with the misdemeanor after the summary offense was disposed of,” he said. “I hope to convince the judge in Berks that that’s the case, have that dismissed, and then return to Philly to have the violation dismissed as well.”

Pagano declined to comment after Wednesday’s hearing. During an interview with PhillyVoice in Reading last week, he did not deny the behavior leading to charges, but blamed the media for drumming up interest in the lewd harassment case.

“Being a jackass and doing inappropriate behavior is not criminal,” he stated last week. “With the whole thing in the car, my genitals were partially covered (by the cheese), but when the media got a hold of it and turned it into what they turned it into, the police had to react harshly. I didn’t want to hurt anyone.”

DeLeon ordered Pagano to undergo a psycho-sexual re-evaluation as part of the reinstated probation. A status hearing is scheduled in the case on August 8.