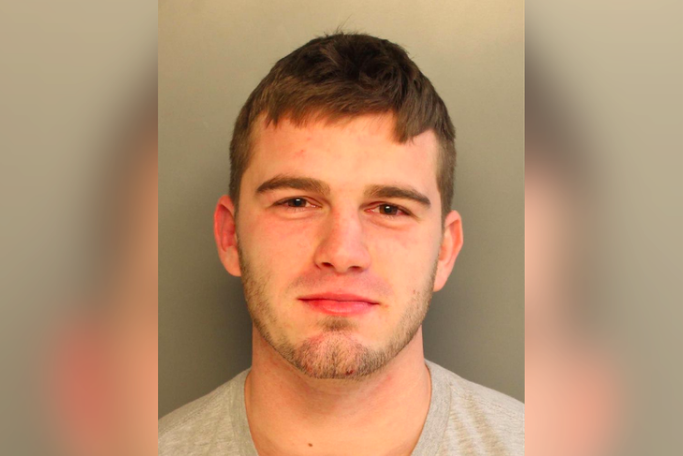 Taylor Hendricks, 24, will spend time in prison for an assault on stranger in Bethlehem. He previously was charged after punching a police horse at Lincoln Financial Field when he was ejected from an Eagles playoff game in 2018.

The Philadelphia Eagles fan who made national headlines for punching a police horse at Lincoln Financial Field will serve time in prison for another violent incident in Bethlehem.

Taylor Hendricks, 24, was sentenced this week to four months to two years in prison after pleading guilty to an aggravated assault that occurred last June, according to Lehigh Valley Live.

Hendricks forced his way into the home of a young couple in Bethlehem around 1:30 a.m. on June 1, Northampton County prosecutors allege. Under the influence of alcohol, Hendricks allegedly assaulted a man in the home, leaving him bloody and in need of surgery for a broken nose.

In January 2018, Hendricks was ejected from the Eagles' divisional round playoff game against the Atlanta Falcons. While intoxicated, he punched a police horse on Pattison Avenue in South Philadelphia and hit the legs of a mounted officer.

Because the stadium incident was Hendricks' first brush with the law, he was able to enter an accelerated rehabilitative disposition program.

This time, Hendricks will not be as fortunate.

At a sentencing hearing, Hendricks' attorney and father pleaded with the judge to consider that Taylor suffers from alcoholism and has been alcohol-free since receiving treatment.

Apart from these two incidents, Hendricks said he does not have a violent history.

“This wasn’t something I planned to do," Hendricks reportedly said. "I just kind of ended up at the wrong house and my intoxicated situation ended up in a fight-or-flight instinct. It’s the most regrettable thing I’ve ever done in my life."

Hendricks, who pleaded guilty to criminal trespass and simple assault, also will have to serve two years of probation for kneeing a police officer at the station after he was taken into custody.