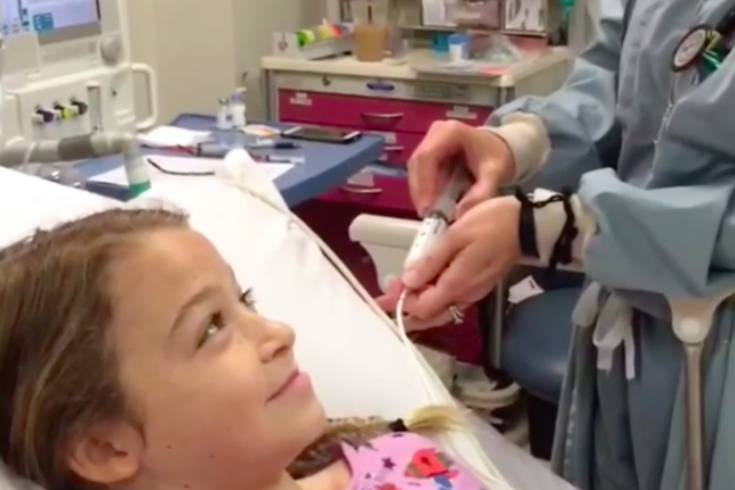 Taylor Swift donated $50,000 to help pay for a young fan's medical expenses as she battles leukemia.

As a celebrity known for celebrating her fans, Taylor Swift is at it again, this time donating $50,000 to help pay for the medical treatment of an 11-year-old fan battling leukemia.

Swift learned about the young Swiftie’s story after the girl and her family posted a video on YouTube hoping to get the star’s attention.

In the video, Naomi Oakes explains how Swift's song "Bad Blood" has become her battle song, an ode to ridding herself of the "bad blood" that is making her sick.

Oakes also explains that because of her treatment, she will have to give up a ticket to Swift's concert in Arizona in August.

Swift caught wind of the video and responded with a message saying "Let's just focus on getting you better," along with the $50,000 donation, which exceeded the family's GoFundMe target.