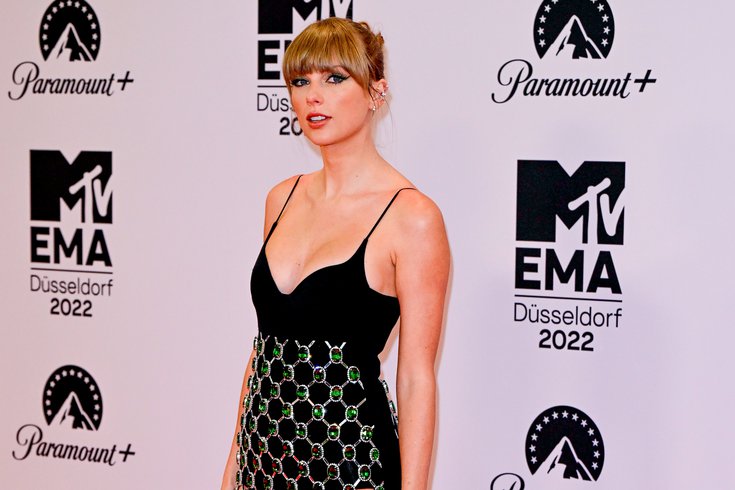 Some Taylor Swift fans will be given a second opportunity to purchase tickets to the pop superstar's upcoming Eras Tour, Pennsylvania Attorney General Josh Shapiro said on Tuesday.

Some Taylor Swift fans who were shut out of the presale for the pop superstar's upcoming Eras Tour may be able to snag seats after all, Pennsylvania A.G. Josh Shapiro said on Tuesday.

In a tweet to Swifties across the state, the governor-elect confirmed that Ticketmaster is planning to send a new set of emails out to fans who previously received codes for the Nov. 15 verified fan presale but were unable to buy tickets due to the chaos that ensued throughout the day.

Shapiro said that fans seeking tickets to Swift's shows in Philadelphia and Pittsburgh should be on the lookout for an email from Ticketmaster over the next few days. The second-chance sale will happen sometime later this month, though details were not readily available on Tuesday afternoon. Some fans in other cities have already received emails about a possible second opportunity for tickets, NBC News reported.

"You were selected for this opportunity because you have been identified as a fan who received a boost during the Verified Fan presale but did not purchase tickets," Ticketmaster wrote in an email to a group of fans on Monday. "We apologize for the difficulties you may have experienced, and have been asked by Taylor's team to create this additional opportunity for you to purchase tickets."

Hundreds of fans have posted screenshots of their Ticketmaster emails on Twitter to share their excitement with friends as they await the Eras Tour, which kicks off on March 17 in Glendale, Arizona. The Reading-born singer will perform three shows at Lincoln Financial Field from May 12 to May 14.

After working directly with Ticketmaster on behalf of the thousands of consumers who reached out to our office, a new round of ticket opportunities will be coming to PA consumers who received a pre-sale code this month.

On Monday, Ticketmaster explained the process for the ticket request process, which will occur over the next two weeks. Fans will first receive an email from Ticketmaster explaining their eligibility for the purchasing opportunity. Fans will then receive an individual invitation to buy tickets before Friday, Dec. 23. Invitations will be staggered by tour dates in each city.

After submitting a ticket request, Ticketmaster will send a summary email explaining all of the charges, but the company will not charge fans for the tickets until the request has been approved. All ticket sales are final and cannot be refunded or exchanged, so fans are encouraged to only request tickets they plan to use.

If a ticket request is not approved by Ticketmaster, the company notes on its website that it will attempt to find each fan another opportunity to purchase tickets.

The decision comes less than one month after Ticketmaster's presale for the Eras Tour tuned chaotic as fans complained of long wait times, glitches, expensive tickets and misinformation from the ticketing company, which has been owned by Live Nation Entertainment since a merger in 2010.

More than 2 million tickets were sold during the Nov. 15 presale, the most tickets ever sold for an artist in a single day, according to a statement made by Ticketmaster several days later. The unprecedented level of interest in Swift's first stadium tour since 2018 resulted in the company choosing to cancel the regular ticket sale, which was scheduled for Nov. 18.

Earlier this month, a group of Taylor Swift fans organized under the name Vigilante Legal filed a complaint with the Federal Trade Commission over Ticketmaster's "predatory practices" during the Eras Tour presale. The group fielded complaints from fans who reported misinformation or confusing communication on Ticketmaster's website about the sale.

The group also alleges that Ticketmaster violated the Americans With Disabilities Act during the presale by failing to disclose accessible seats, potentially charging customers more for accessible seating and failing to adhere to its own policies on venue accessibility. The complaint notes that fans who did not need accessible seats inadvertently purchased them.

Swift first announced details about her upcoming Eras Tour on Nov. 1, less than two weeks after the release of her 10th studio album, "Midnights." The album has been lauded as her most successful, and Swift became the first artist to take over the top 10 spots on the Billboard Hot 200.

Though the Reading native has not toured since 2018, she has released six albums in the last four years, including four full-length original albums and two re-recorded versions of her older work. The tour will highlight Swift's entire catalog in order to show the development of her career over the last 16 years.