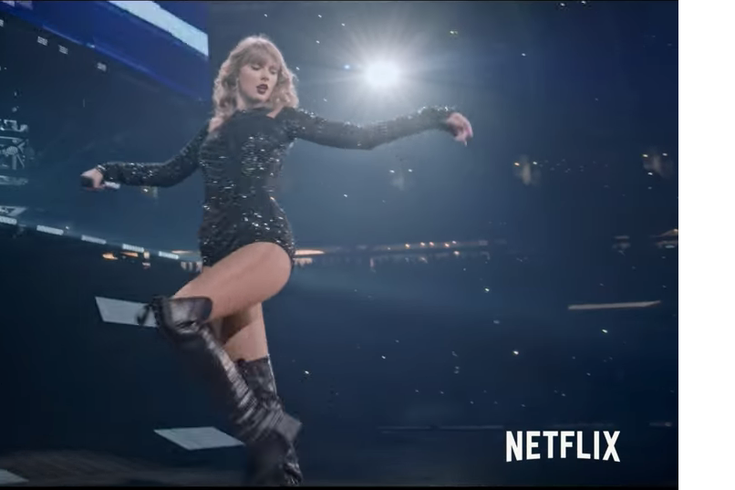 Taylor Swift dropped a trailer to her Netflix concert special on Dec. 13, her birthday. The special premieres on Netflix on Dec. 31 at 12:01 a.m.

Taylor Swift announced that her "Reputation" tour would be made into a Netflix special with the release of a moody trailer that opens with ominous hints at her past.

"When she fell, she fell hard," the trailer begins, with Swift's own narration.

RELATED: Ariana Grande will drop another single 'Imagine' on Thursday and we're losing it

"When she finally rose, she rose slowly. She heard echoes of new words. Without your past, you could never have arrived here. Are you ready for it?"

It's very dramatic and, like the entire "Reputation" album and tour itself, we're not entirely sure what she is being so dramatic about — the Kim and Kanye West drama, her "haters," her ex-boyfriends, or the media's portrayal of her.

The Montgomery County native released "Reputation" in August 2017, beginning with the revenge-hit "Look What You Made Me Do" that addressed all of the Swift controversies of the past few years. The song "killed" the old Taylor, who we will lovingly remember by "Our Song" and "Red." Sigh.

But LWYMMD was a hit with Swifties (her devoted fans) for its darkness and wit that seemed to welcome a new pop sound in for the artist.

"You made this tour so insanely fun for all of us on stage, and I’m really excited that we will have this memento of the memories we all made together this year," she posted on Instagram with the trailer on Thursday morning (which just so happens to be her 29th birthday.)

The "Reputation" tour closed with $345.7 million after 53 concerts internationally, E! reported. It was the largest grossing musical act of the year.