Taylor Swift serves as maid of honor in Pennsylvania wedding

Pop star stands next to childhood friend on the big day 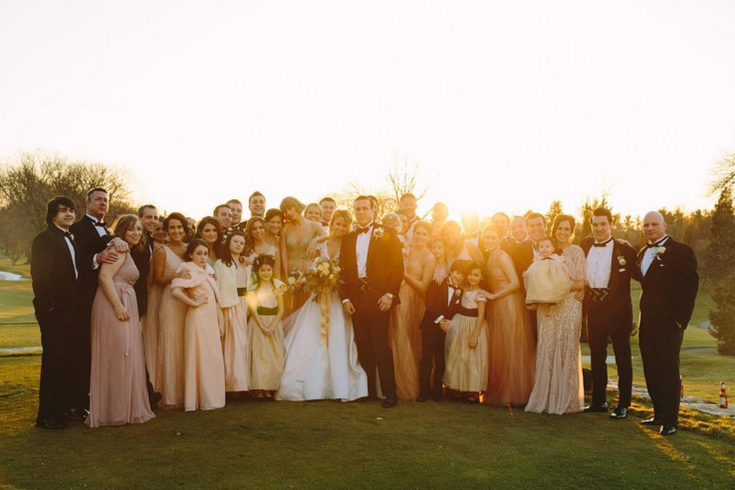 Britany Maach shared images from her wedding with maid of honor Taylor Swift on Instagram.

After a huge night at the 2016 Grammy Awards where she won Album of the Year (and became the only woman to do it twice for her own album), Taylor Swift celebrated another big day over the weekend. She stood by her childhood best friend as she got married in Reading, Pennsylvania, serving as maid of honor.

Britany Maack, whom Swift says she has known since she was 10 days old, married Benjamin LaManna at Bernardine Franciscan Sisters church in Reading. Both Swift and the bride wore beautiful Reem Acra dresses for the ceremony. The wedding party was quite picturesque, with the ladies wearing a slew of blush and metallic gowns and the men in crisp tuxedos.

Both Maack and Swift shared photos from the big day on Instagram.