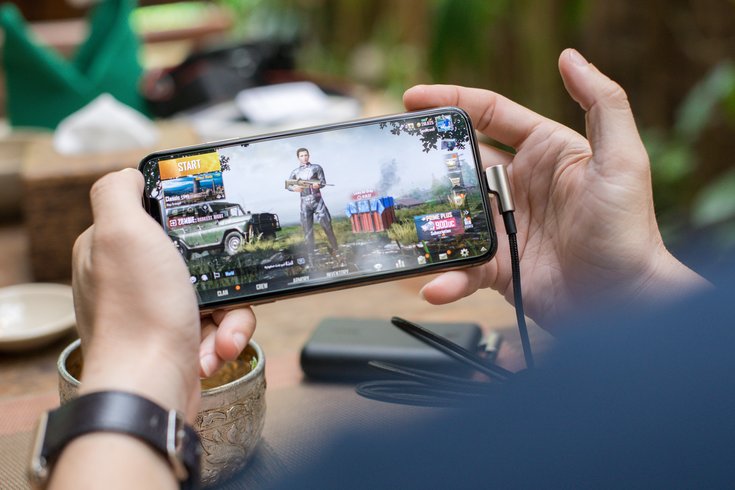 Most parents believe that teenagers spend too much time playing video games, according to a national poll conducted by C.S. Mott Children's Hospital in Ann Arbor, Michigan. But far fewer parents believe their own child is gaming more than most teenagers.

The vast majority of parents agree that teenagers spend too much time playing video games. But many of them don't see their own teen's gaming habits as problematic – even when their child is playing video games for three hours a day.

About 86% of parents say teenagers are gaming too much, according to a national poll conducted by C.S. Mott Children's Hospital in Ann Arbor, Michigan. But 78% of parents whose teens game every day believe their child spends the same amount of time gaming as other teens, if not less.

"Many parents of frequent gamers have a misconception that the amount of time their teenager spends playing video games is in line with their peers," Dr. Gary Freed, a Mott pediatrician and co-director of the poll, said in a statement.

According to the poll, 54% of parents of daily gamers say their teenager plays video games for at least three hours a day. But only 13% believe that their teen's behavior is more excessive than other teens' habits.

The poll was based on the responses of 963 parents. It also showed that teenage boys are twice as likely to be daily gamers as teenage girls. And boys are more likely to spend at least three hours a day playing video games. 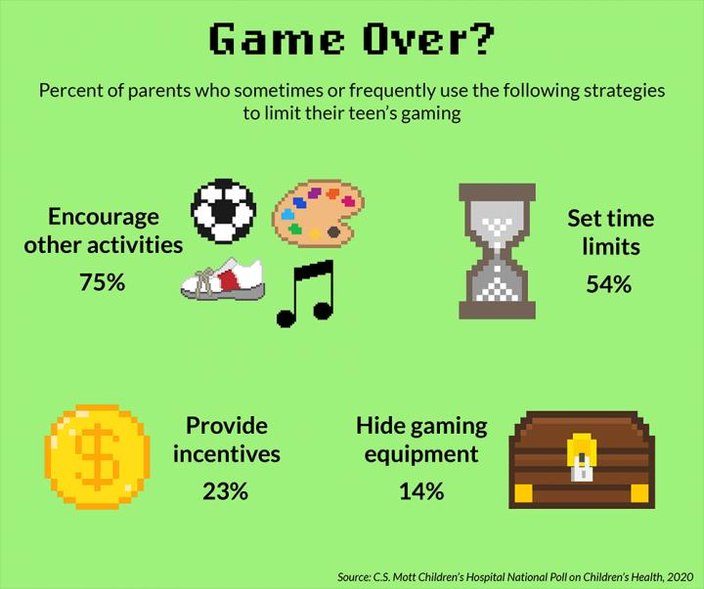 Parents use different strategies to limit the amount of time their teenagers spend gaming, according to a poll conducted by C.S. Mott Children's Hospital.

Most parents agree that video games can have a negative impact on their child's life, the poll showed. Many parents say it interferes with family activities, sleep, homework, friendship with non-gaming peers and extracurricular activities.

Parents try a variety of strategies in their attempts to limit their teens' playing time, the poll found.  Seventy-five percent encourage their teens to try other activities while more than half impose time limits. Others try providing incentives or hiding gaming equipment.

Freed encouraged parents to play video games with their kids while also setting time limits and restricting the types of games they can play. This opens up communication channels about what is healthy and safe, he said.

"Parents can play an important role by setting clear rules about appropriate content and how much time is too much time spent on video games," Freed said. "While many parents see benefits in gaming, the activity should not be at the expense of face-to-face time with family, friends and teachers who play a pivotal role in promoting a teen's learning and healthy development."