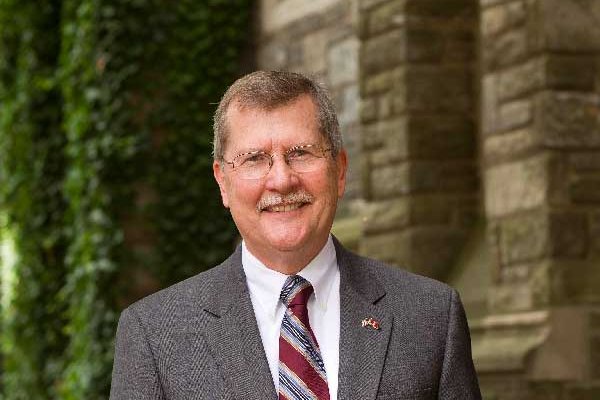 Temple University's board of trustees has made acting President Richard Englert's job a permanent gig, at least for now.

The school announced Tuesday the board of trustees unanimously voted to appoint Englert as president, a position he is expected to hold before a national search for a new president is conducted next year.

Englert had been serving in the temporary position since July when President Neil Theobald was ousted over a $22 million over-allocation of merit scholarships for the 2016-2017 academic year.

“Temple University is an amazing institution of higher education with tremendous momentum," Englert said in a statement. "We are going to keep that forward movement alive in the coming months and years.”

Englert takes over after Theobald's ugly departure, which ended with him resigning after the board issued a vote of "No Confidence" and announced intentions to terminate him.

Provost Hai-Lung Dai was relieved of his duties in June after the discovery of the over-allocation of scholarships, but the board quickly shifted blame to Theobald.

In an email to Temple faculty in July, the board said, "Managing the budget is the responsibility of the president; therefore the Board is compelled to seek Dr. Theobald’s removal as President."

Theobald initially indicated intentions to challenge the board's decision but eventually came to an agreement for him to resign. Serving since 2012, Theobald became the shortest-tenured president in the university's history.

Englert is familiar with the role of president; he served as acting president after Ann Weaver Hart left the position in 2012 and before Theobald's appointment.

Englert served as university chancellor before once again being appointed acting president this summer, and he has held various positions at Temple for more than 40 years.

He likely won't hold his position for more than a year. The Temple News reported that the board plans on launching a national search for a new president this coming summer.

Board of trustees Chair Patrick J. O’Connor said appointing Englert for now would allow the board to ”design and implement a deliberate and thoughtful process in the search for a successor.”