They died as Eagles fans, and now you can own the pendants they left behind

The online auction, with unclaimed items at the Medical Examiner's Office, runs through February 6 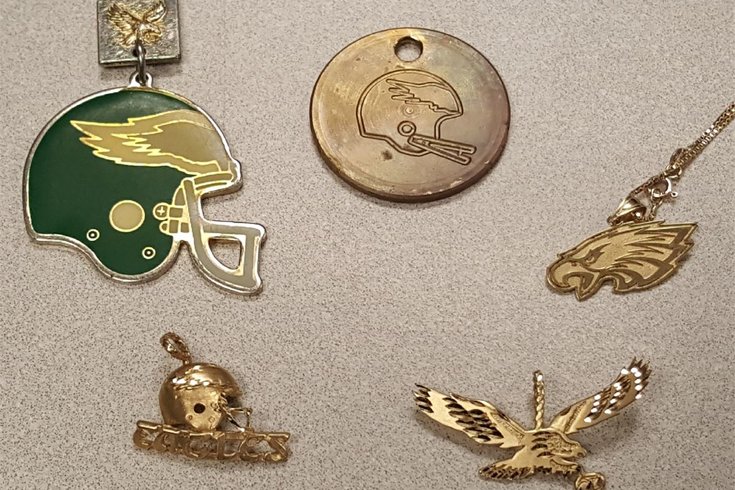 These five Eagles pendants which went unclaimed at the city Medical Examiner's Office are currently up for auction online.

Among the more bittersweet aspects of this year's Super Bowl run for Eagles fans is knowing that many of them aren't still here to enjoy it.

Sure, it brings loved ones a bit of solace to be able to decorate graves with Eagles paraphernalia, but a bit of solemn sting still lingers.

One of the lesser-known wrinkles of deaths in Philadelphia is that the Medical Examiner's Office has a bunch of unclaimed personal items. And those items make their way into a lost-and-found section of sorts.

In their parlance, it's governed by a "policy regarding storage of personal effects."

Deceased bodies coming into the Medical Examiner's Office often have personal effects on them, including cash, jewelry, cell phones, and wallets. If these items are not collected by the next of kin or the funeral director they have selected, the next of kin is notified that they can claim these items from the MEO. Unclaimed valuables and other personal effects have historically been retained at the MEO indefinitely.

The "indefinitely" aspect has been tweaked in recent years with a 2017 "personal effects storage policy."

In short, the city's Law Department determined it was lawful for the MEO to work with the Procurement Department to let them "dispose of any items retained for more than one year, after giving proper notice." This only applied to items, not money, which would be placed into a custodial bank account monitored by the Controller's Office if unclaimed.

"We had personal effects in our building going back to the early 1970s," explained James Garrow of the city's Department of Public Health. "This has obviously led to a crisis of storage space."

All of which brings us to an active auction on Municibid.com.

As you can see in the photo atop this post, there are five Eagles pendants that have gone unclaimed by survivors of those who died in Philadelphia in recent years. (This is separate from items in the state Treasury Department's Unclaimed Property Vault.) 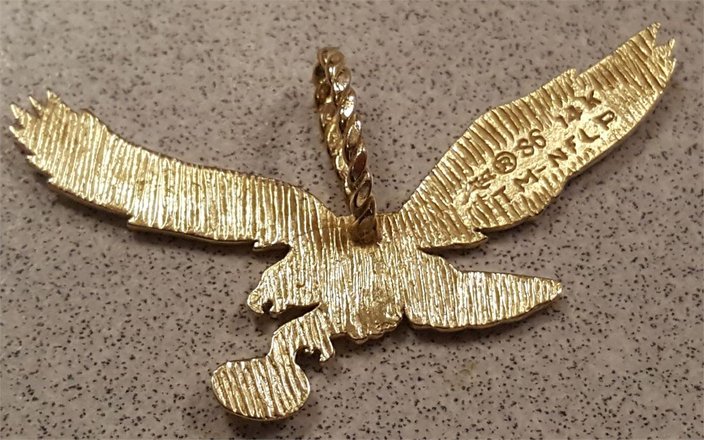 One of the five Eagles pendants up for auction.

The auction – which started on January 22 with a $50 opening bid and runs through Tuesday, February 6 – stood at $91 as of 1 p.m. Tuesday. Monies collected go into the city's General Fund.

The vintage items became city property in the years since 1971 since nobody claimed them, according to the Health Department.

"In many cases, we do have records of who these items belong to and a next of kin listed, but they have never been picked up," said Garrow of property extending beyond these five Eagles pendants.

What happened was someone in the procurement staff combined several different Eagles pendants into one auction item "and decided it was a perfect time to post them for auction."