Billionaires on the list are 86% richer today than they were one year ago, despite the economic turmoil caused by the pandemic 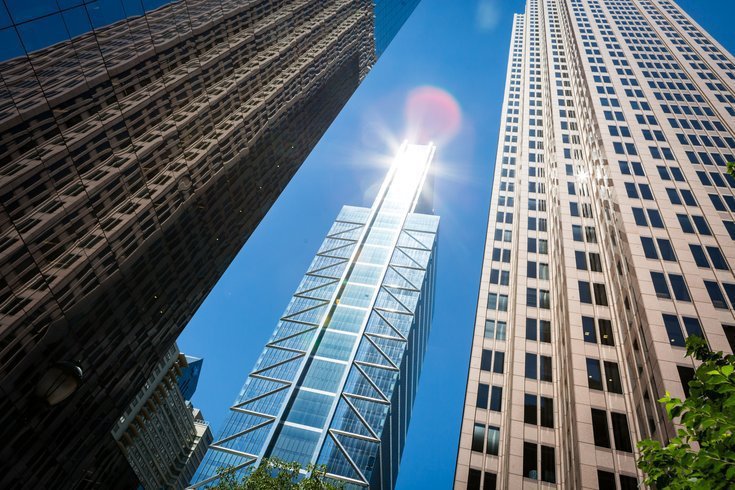 The COVID-19 pandemic caused widespread economic turmoil around the world, yet the world's wealthiest got even richer.

Forbes unveiled its 2021 World's Billionaires List this week, and three Philadelphians made the cut.

The list, which measures the world's most wealthy by analyzing stock prices and exchange rates, featured owners of some of Pennsylvania's top businesses.

Mars is Pennsylvania's second-most well-off resident and is worth $7.8 billion. She and her three sisters are heirs to the candy and pet food company Mars Inc.

Philadelphia-based cable giant Comcast got some recognition on the list as well. Roberts, the company's CEO and chairman, has a net worth of $1.9 billion and comes in as the 10th richest resident in the state.

He became Comcast's president in 1990 and his father, Ralph, gave most of his voting shares in the company to him a few years after that, Patch reported.

Hayne is the president, chairman and CEO of Philly-based clothing store, Urban Outfitters, and comes in with a net worth of $1.3 billion.

There were 17 Pennsylvanians that made the list, as well, including Mary Alice Dorrance Malone of Campbell Soup, Eagles owner Jeffrey Lurie and president of Yuengling Richard Yuengling Jr.

The 35th annual list of the world's wealthiest grew to 2,755 people — up 660 more billionaires compared to last year's list, and nearly 500 of those were new to the club.

The billionaires that make up the list are collectively worth $13.1 trillion and are 86% more rich today than they were one year ago. Despite the worldwide economic change caused by the pandemic, these billionaires held onto their fortunes.

This all comes as the U.S. unemployment rate sits at 6%, and more than 45 million Americans lost their job during the pandemic.

"These figures will engender endless amounts of consternation, most of it justified," Forbes Chief Content Officer Randall Lane writes. "There’s no getting around a collective $5 trillion wealth surge during a pandemic, when most of the world felt scared, sick, besieged."

Amazon founder Jeff Bezos ranked number one on the list, followed by Elon Musk, who jumped from 31 to the number 2 spot. Bernard Arnault of LVMH, Bill Gates and Mark Zuckerberg filled out the rest of the top 5 spots.

Not everyone moved up this year.

Former President Donald Trump fell nearly 300 spots on the list after his fortune decreased by $1 billion. His net worth is $2.4 billion and he came in at number 1,299 in 2021.

Kylie Jenner dropped off the list entirely, two years after being named the youngest self-made billionaire ever.