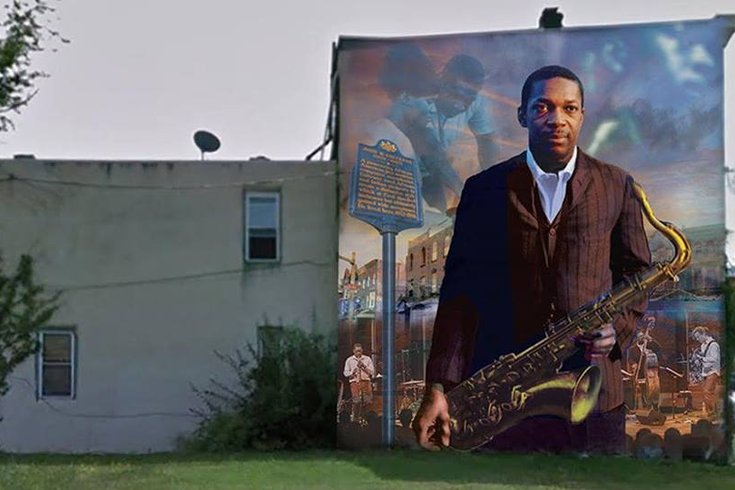 The new John Coltrane mural at 29th and Diamond streets.

As a teenager, future jazz legend John Coltrane moved to Philadelphia, positioning himself within the city’s then-blossoming music scene.

It was in Philly that Coltrane famously composed his 1960 album “Giant Steps,” and the house where he lived in Strawberry Mansion is listed as a National Historic Landmark.

In 2002, Philadelphia honored Coltrane in a new way, adding to its collection of murals with one dedicated to the musician. The tribute, however, didn't last forever: In 2014, the mural was destroyed by the Pennrose Company to make way for real estate development.

Now Mural Arts Philadelphia has unveiled a new mural just a few blocks away from Coltrane's former home. Last month, Mural Arts called for people to help paint the canvas panels that make up the mural, and the final product is rising at 29th and Diamond streets.

Artist Ernel Martinez, whose other Philadelphia mural work includes "La Frontera" and "76ers: Beyond the Court," designed the mural.

“I wanted it to be rich and vibrant, similar to his music, but also layered and complex,” Martinez said in an interview with WRTI.

“I wanted the mural to reflect his humanity, more than anything else: his eyes, the love of this music and his instrument. I wanted to evoke that warmth, that emotion, that glow you get through his music in the mural.”