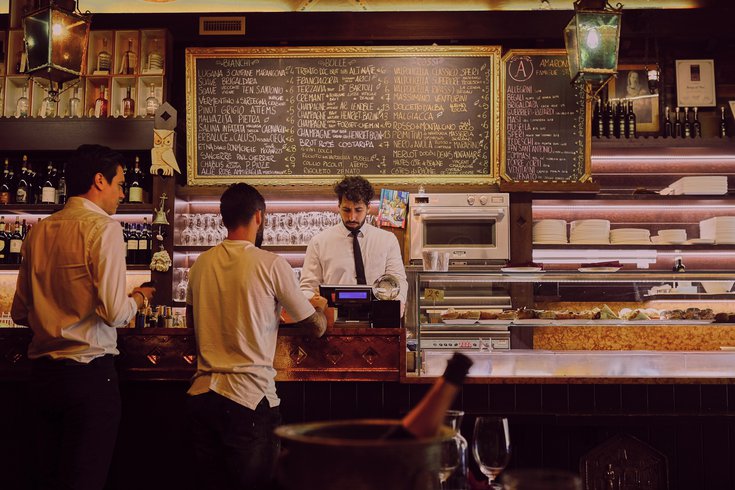 Changes to Pennsylvania's minimum wage act went into effect on Friday, which aim to protect the wages of tipped workers. The update raises the tip threshold from $30 to $135 earned per month before an employer can pay a worker below the state minimum wage.

Tipped workers in Pennsylvania must make at least $135 per month in tips before their employers can pay them below the state's minimum wage, as the Department of Labor & Industry put a series of updated regulations in place on Friday.

The change is the first to tipped worker regulations since 1977, according to Secretary Jennifer Berrier. Previously, tipped workers were only required to earn $30 in tips per month before their employers could reduce their wage from the state minimum of $7.25 per hour to the tipped minimum of $2.53.

"As a former service industry worker, I have seen firsthand how employees can be taken advantage of due to outdated rules and regulations when it comes to how they are paid," Berrier said in a release. "Servers, bartenders, hairstylists, nail techs, bellhops and other tipped-worker positions rely on the generosity of their customers for their livelihood and deserve regulatory protections that ensure these earned wages are theirs to keep."

New regulations also work to align with federal regulations, particularly as they relate to employer tip credits. Tip credits allow employers to use a portion of an employee's tips against the worker's minimum wage. The update allows employers to take a tip credit only under certain circumstances, including by ensuring that workers spend at least 80% of their time on duties that directly generate tips.

The update also allows for expanded tip pooling among workers, excluding most managers, supervisors and business owners – many of which are salaried employees. Tip pooling allows businesses to divide a full night of tips among all workers, rather than allowing individual employees to keep their own tips.

Employers are also prohibited from deducting credit and debit card processing fees from employees' tips. A provision that requires employers to notify their workers that automatic service payments — which show up on a customers' check as "automatic gratuity" — are not gratuity intended for tipped workers is included, as well.

I'm doing everything I can to bring meaningful change to our antiquated wage regulations, but only the legislature can #RaiseTheWage for all Pennsylvanians.

It's past time that the Republican-led General Assembly take action to modernize our embarrassingly-low wages. pic.twitter.com/wBiqBygI24

"I know that struggle personally, hoping you earn enough money each shift to make ends meet," Berrier said. "These updated regulations not only seek to keep tips in the pockets of workers who rightfully earned them, but to also ensure employers are playing by the same, fair rules."

For salaried workers with fluctuating schedules, the state has determined that overtime pay is based on a 40-hour workweek. The previous definition of "regular rate" pay did not make that clarification. However, the change does not impact overtime eligibility for hourly workers.

The new regulations are part of a larger effort to provide worker protections at the state level.

In October 2021, Gov. Tom Wolf signed an executive order aiming to curb the worker shortage throughout the state. The action urged the Republican-led General Assembly to pass mandatory paid sick leave for workers, and support an increase to the state's minimum wage.

There is currently a bill stalled in the legislature that would raise the state's minimum wage to $12, with an eventual pathway to $15. New Jersey and Delaware were among a large group of states that raised their minimum wage at the beginning of 2022.

Wolf is also supportive of eliminating the tipped minimum wage for Pennsylvania service workers entirely, and establishing one fair wage for all workers.