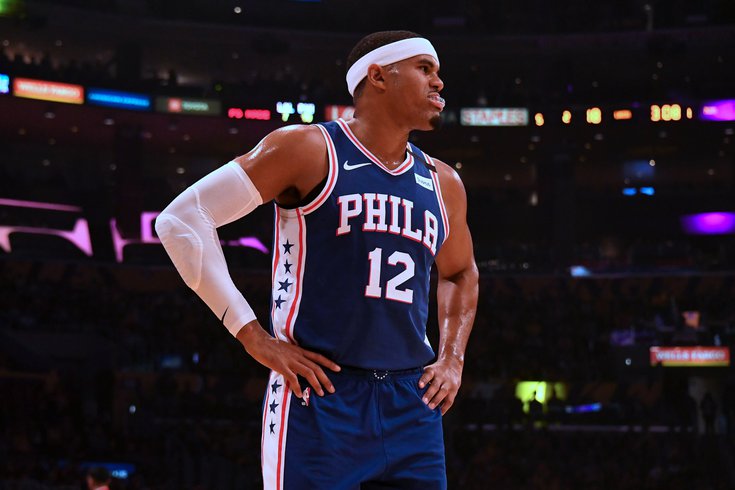 Joe Gale issued a statement Monday claiming Black Lives Matter intends to "unleash chaos and mayhem without consequences by falsely claiming they, in fact, are the victims." He also blasted the way Philadelphia leaders have handled the demonstrations sparked by the death of George Floyd.

Harris, who has participated in peaceful protests decrying police brutality and racism, tweeted that Gale's comments were "disgusting to read." He also signed a petition demanding Gale's resignation.

As of Tuesday evening, the petition had more than 25,000 signatures. It accuses Gale of "invoking violence" by making "statements that are not backed by evidence but instead divisive, racially charged opinions."

Philadelphia was placed under curfew for a fourth straight day Tuesday due to the civil unrest being witnessed across the city. Peaceful protests on Saturday gave way to widespread looting and property destruction.

Floyd died May 25 in Minneapolis after officer Derek Chauvin kneeled on his neck for more than eight minutes. Chauvin has been charged with third-degree murder and manslaughter. He and three other police officers were fired in the days after Floyd's death.

Floyd is the latest in a long list of black men to be killed at the hands of police in recent years. The deaths of Michael Brown, Freddie Gray and Philando Castile, among others, have fueled the Black Lives Matter movement.

Gale, a Republican, accused Black Lives Matter of demonizing police officers, saying it prevents them from protecting individuals and property. He also assailed the media for “constantly pushing the bogus narrative of systemic police brutality and white racism.”

Gale called for “leaders who will uphold the laws they swore to defend,” echoing a message that has been reiterated by President Donald Trump.

This is not the first time that Gale has been at the center of controversial statements. On Sunday, he said “leaders like Frank Rizzo are needed now more than ever” after protesters once again vandalized the statue of the former Philly mayor.

Leaders like Frank Rizzo are needed now more than ever. pic.twitter.com/lWY6Z5AtZM

Last month, Gale got into a heated exchange with Commissioner Dr. Valerie Arkoosh, a Democrat, over the importance of wearing face masks to mitigate the spread of COVID-19.