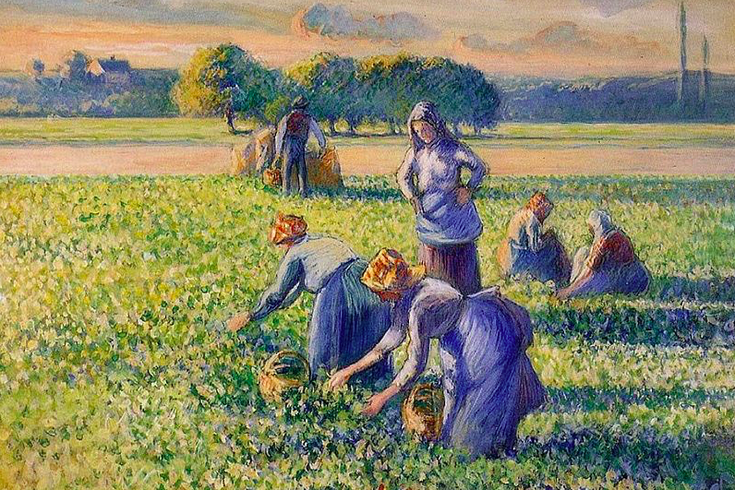 Camille Pissarro's "La Cueillette des Bois," or "Picking Peas," was painted by the impressionist master in 1887.

One of the founders of the prominent Montgomery County-based, luxury home developer Toll Brothers has been ordered by a French judge to return an Impressionist painting stolen from a Jewish family during World War II.

Bruce Toll and his wife, Robbi Toll, had acquired Camille Pissarro's "La Cueillette des Pois" ("Picking Peas") from art auction house Christie's in 1995, paying $800,000 for the influential work, according to The Local, an English-language news organization in France. 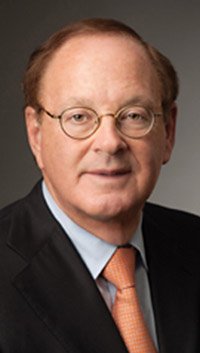 Pissarro, considered a forefather to post-Impressionists Paul Cézanne and Vincent van Gogh, completed the painting in 1887, one of the master's many works depicting peasants in the French countryside.

A wealthy Jewish businessman, Simon Bauer, had owned "Picking Peas" until 1943, when his assets were seized by the Nazi-collaborating Vichy regime in southern France.

Earlier this year, the Tolls had loaned the painting to the Parisian museum Marmottan for an exhibition, the Associated Press reported Tuesday. When Bauer's descendants spotted the painting, they initiated legal action to recover it in May.

A civil judge ruled Tuesday that while the Tolls didn't act in bad faith by acquiring the painting, they must give it back to Bauer's heirs. "Picking Peas" had been placed in temporary escrow pending the judge's decision. The court, following a precedent set in similar Nazi-era theft cases, determined that sales of goods looted during the Vichy regime are considered void.

Attempts to reach the Tolls and their attorney, Ron Soffer, were not immediately returned on Tuesday. Soffer told The Local that the Tolls plan to appeal the ruling on grounds that they should not pay the price for the Vichy regime's crimes.

Bruce Toll founded Toll Brothers in 1967 with his brother Robert Toll. The company is based in Horsham, Montgomery County. The company is listed among the "Fortune 500" and builds homes in 20 states, including Pennsylvania, New Jersey and Delaware.